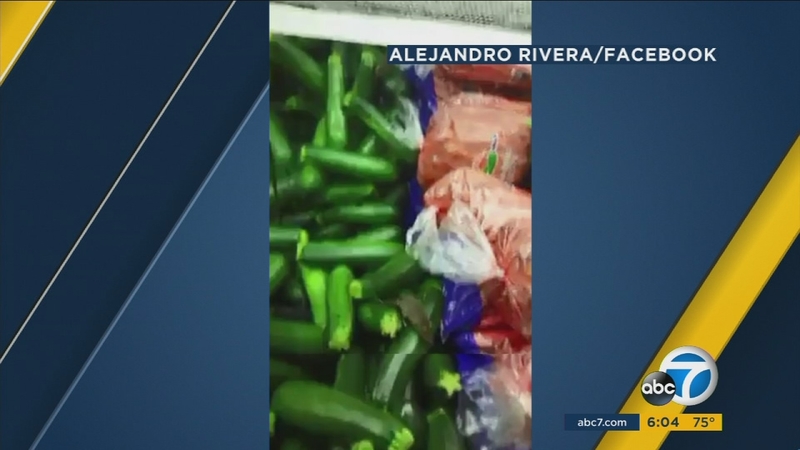 COVINA, Calif. (KABC) -- A video of a mouse crawling all over vegetables at a Covina supermarket has gone viral, making hundreds of thousands of Facebook viewers cringe.

The video was shot in the produce department of the El Super store on Arrow Highway. Some customers said they are very upset.

"Now by hearing this, I might end up going somewhere else. I don't think that's healthy," shopper Elissa Melgar said.

The Hernandez family had just finished buying produce and other groceries when they heard about the mouse video.

"I think that's pretty gross, and I hope that they clean everything and replace everything because who knows how long that's been going on," Melisa Hernandez said.

In a statement by El Super, it said it has replaced all produce from the affected area and that it appears to be an "isolated incident."

"El Super is aware of the video footage ... and would like to reassure our customers that we have taken immediate corrective action. All produce in the affected area was removed from the shelves and discarded, and the area has been fully sanitized," the statement said.

"I'm pretty sure that this is not the only store that has it. So it's not going to bother me. Besides I wash all my stuff off anyway because I see the people with their fingers running over everything in the produce department. You have to be careful," Augustus Stone said.