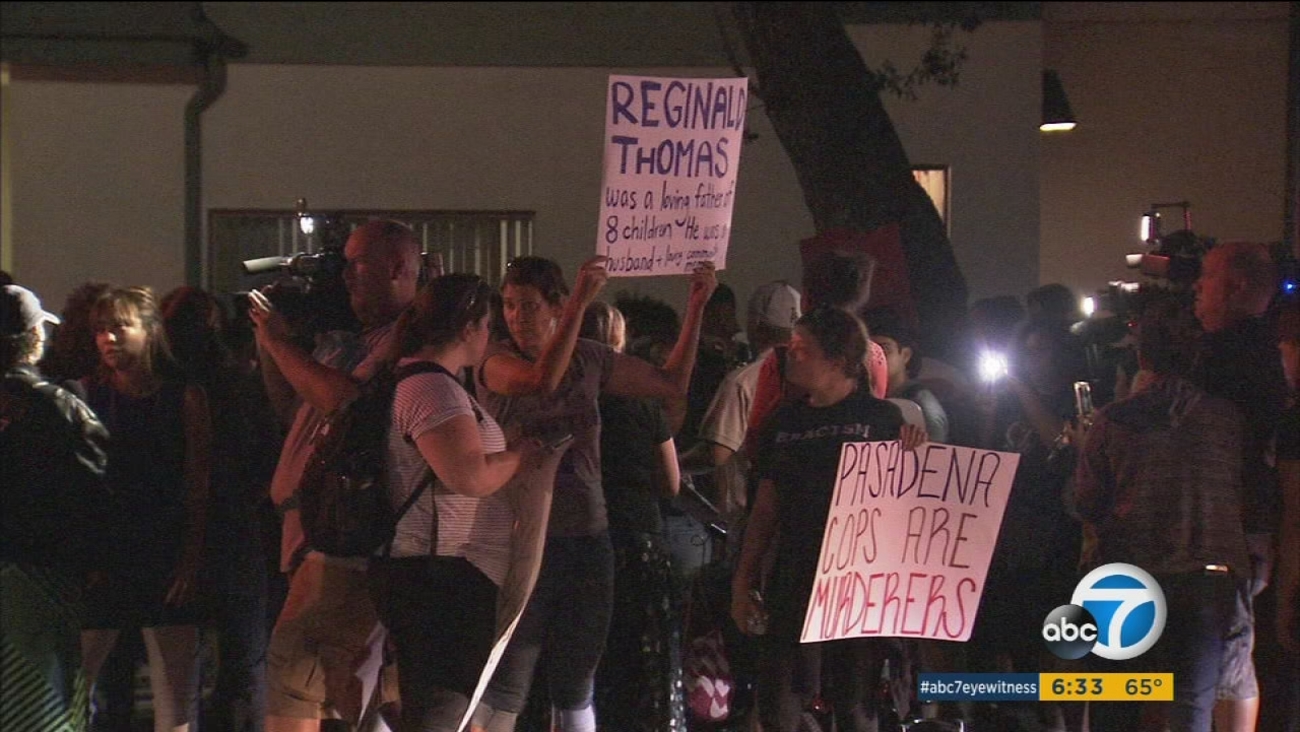 Community members gather to protest the death of an African-American man, who died after being tased by police in Pasadena. (KABC)

PASADENA, Calif. (KABC) -- Another protest was expected to be held in Pasadena following the death of an African-American man who was tased by police.

This comes on the heel of a second night of protests Saturday night.

The demonstration was much smaller than Friday night's march and vigil that shut down a major intersection.

Police were responding to a 911 call at an apartment early Friday morning, when officers say Reginald "J.R." Thomas was tased when he refused to drop a knife.

Thomas stopped breathing and could not be revived.