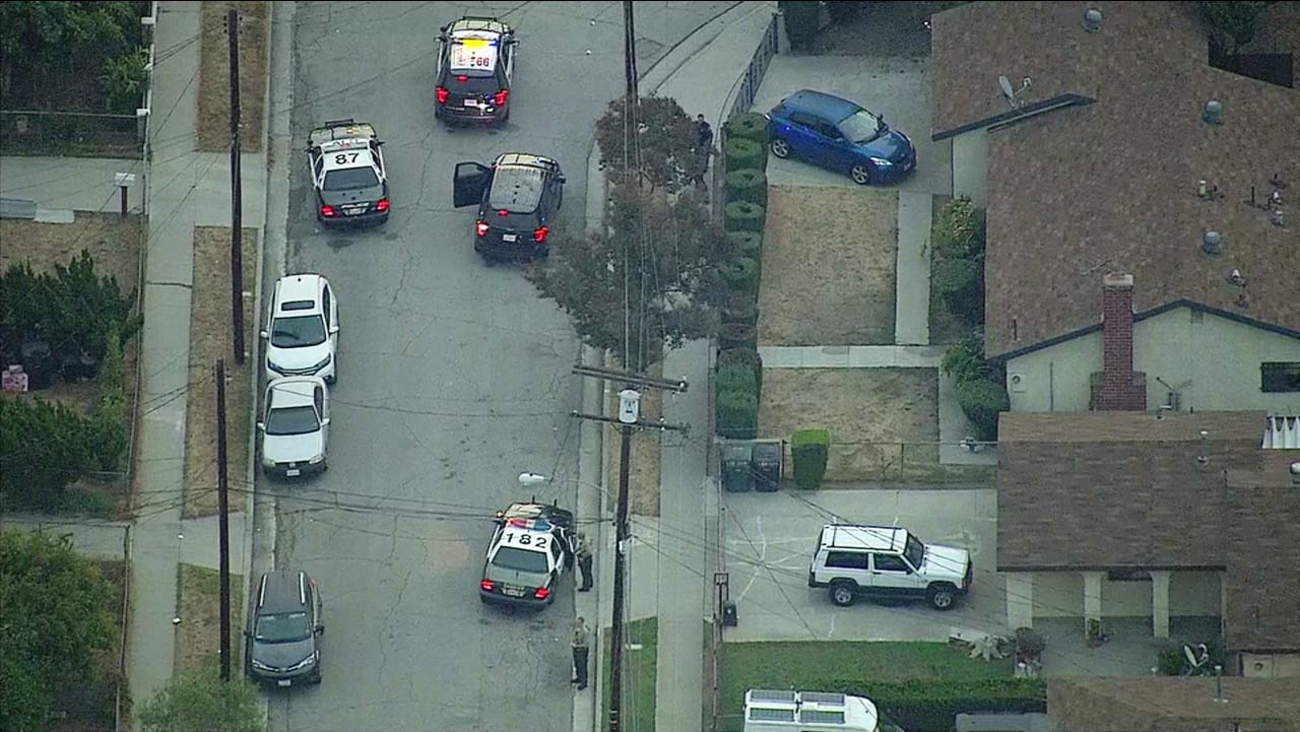 Law enforcement vehicles are seen in a San Gabriel neighborhood following a chase and an officer-involved shooting on Thursday, Oct. 27, 2016.

SAN GABRIEL (KABC) -- Police fired at a suspect at the end of a car chase Thursday morning in the San Gabriel area. The suspect was taken into custody after an hours-long search, authorities said.

It was unclear what prompted police to open fire, or if the suspect was struck. No officers were injured, according to a spokesperson for the city of San Gabriel.

Authorities confirmed the chase began at 4:06 a.m. and ended four minutes later, when the suspect exited a vehicle and fled on foot.

Investigators searched for the suspect for hours in the area of Del Mar Avenue and the 10 Freeway, which was partially closed at the scene.

Los Angeles County Sheriff's Department deputies assisted in the search, and K-9 units were requested. Residents were advised to remain in their homes or avoid the area.

The suspect was described as a Hispanic man in his mid 20s, 5 feet 8 inches tall, 175 pounds, with black hair and brown eyes. He was taken into custody around 9:30 a.m., though his identity was not immediately released.