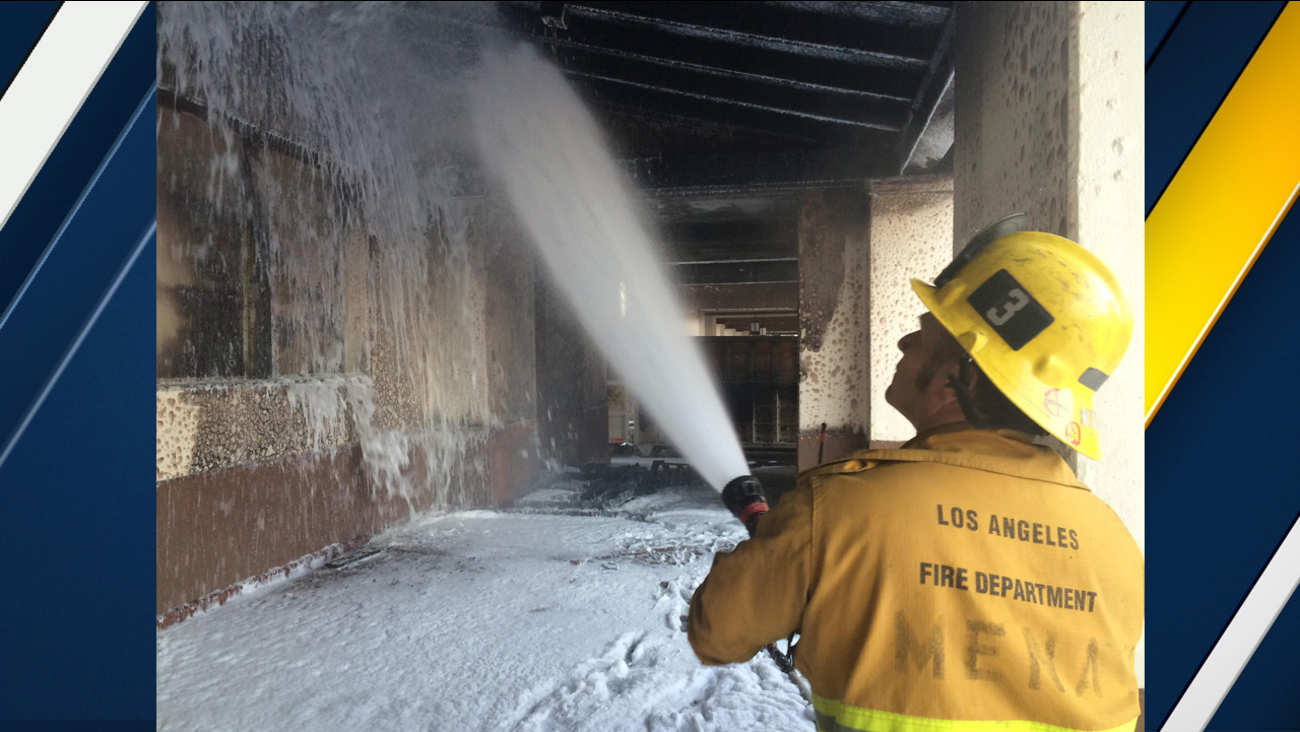 Los Angeles firefighters responded to a fire that originated in a dumpster at Union Station in downtown on Saturday, Nov. 19, 2016. (Los Angeles Fire Department)

The blaze began at about 5:21 a.m. at the historic facility in the 800 block of Alameda Street, prompting a response from 82 firefighters, according to the Los Angeles Fire Department.

The flames were confined to a space adjacent to the main entrance and were extinguished within 29 minutes, the Fire Department said in a statement.

No one was injured, and there was no expectation that rail, bus and subway services would be affected, the news release said.

The monetary loss as a result of the incident was being tabulated, and the cause was under investigation.
Related topics:
downtown lalos angeles
Copyright © 2020 KABC-TV. All Rights Reserved.
More Videos
From CNN Newsource affiliates
TOP STORIES