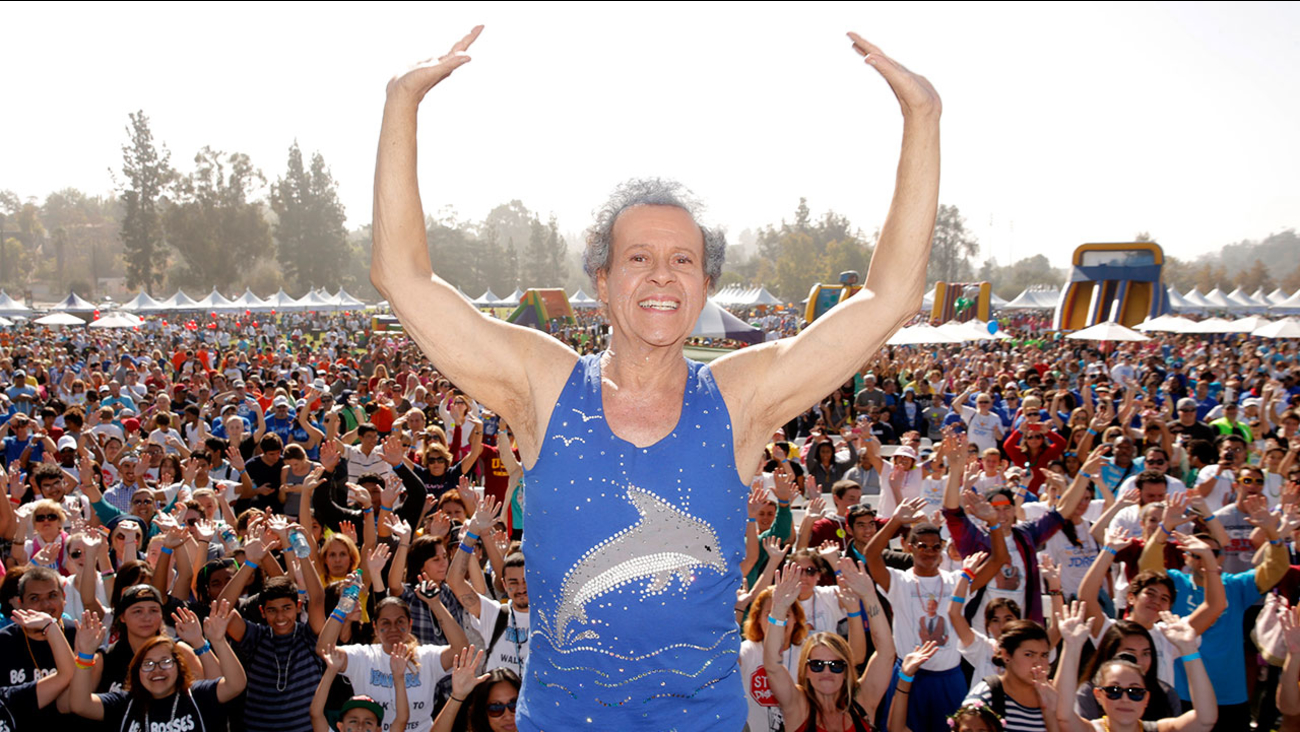 LOS ANGELES (KABC) -- Health and fitness celebrity Richard Simmons filed a libel lawsuit Monday against the National Enquirer and Radar Online in response to stories that he was transitioning from a man to a woman.

In the lawsuit, Simmons is seeking unspecified damages, as well as a retraction and apology for articles published in June 2016 and March 2017 by the outlets. He claims they defamed him and invaded his privacy.

The stories published allege that Simmons was transitioning from a man to a woman by getting breast implants, receiving hormone treatments and consultations on a full sex change, according to the lawsuit.

"With calculated malice, the National Enquirer and Radar Online have concluded that they can make money by running false and salacious stories claiming that Mr. Simmons is transitioning, when he is not," the lawsuit states.

The lawsuit, which also names the outlets' parent company American Media, Inc, states the stories were given to the outlets by a man who "blackmailed, extorted and stalked" Simmons for years. It said he contacted the outlets with the stories in exchange for money.

In 2014, Simmons stepped out of the public spotlight, which resulted in speculation about why he stepped away.

The National Enquirer released a statement that it stands by its stories about Simmons.

Here is the full statement:

For decades, Richard Simmons used his outrageous behavior to build his brand and his bank account.

For Mr. Simmons to claim that his privacy has been invaded is hypocritical when his entire livelihood is based upon the public consumption of his image.

To wit, Mr. Simmons signed a lucrative merchandising deal with a major branding company in April to handle licensing of his name and likeness.

At the same time, he protests that he is entitled to privacy and therefore should not be subjected to scrutiny of the media that has raised reasonable questions about his health and whereabouts since he disappeared from the public eye almost four years ago.

This is a legitimate news story that demands coverage. It is the business of The National ENQUIRER - and has been for past 90 years - to report what goes on behind the closed doors of Hollywood.

Moreover, Mr. Simmons is raising a false equivalency in suggesting The ENQUIRER's coverage of gender identity somehow implies it has a stance or position on this. We do not.

Indeed, it is ironic that Mr. Simmons claims to be avid supporter of the LGBTQ community while at the same time alleging that he was defamed by The ENQUIRER report that he had transitioned into a female.

At the end of the day, how Mr. Simmons lives his life is news and of interest to our readers.
Our story was based on credible sources who were in Mr. Simmons' inner circle. The photos provided to The ENQUIRER are real - and speak for themselves.

We stand by our reporting about Mr. Simmons, and intend to vigorously defend this lawsuit and win public vindication of our reports.

We will also aggressively pursue our ongoing investigation into his life and who is really behind this bizarre and meritless lawsuit.