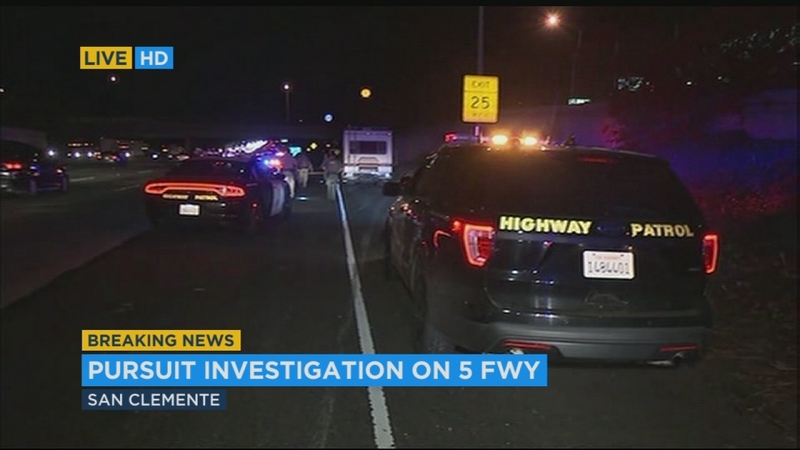 SAN CLEMENTE, Calif. (KABC) -- A man and woman in a motorhome were arrested Thursday morning after a chase and standoff on the 5 Freeway in San Clemente, the California Highway Patrol said.

CHP officers were preparing to have the vehicle towed about 4 a.m. when a man, believed to be an Arkansas resident, drove away with a woman and their dogs inside, authorities said.

A pursuit ensued, during which highway patrol officers deployed spike strips. The driver pulled over near El Camino Real but initially refused to exit the motor home, the CHP said.

A SWAT team was summoned to the location, and the man and woman were taken into custody without incident after a standoff.