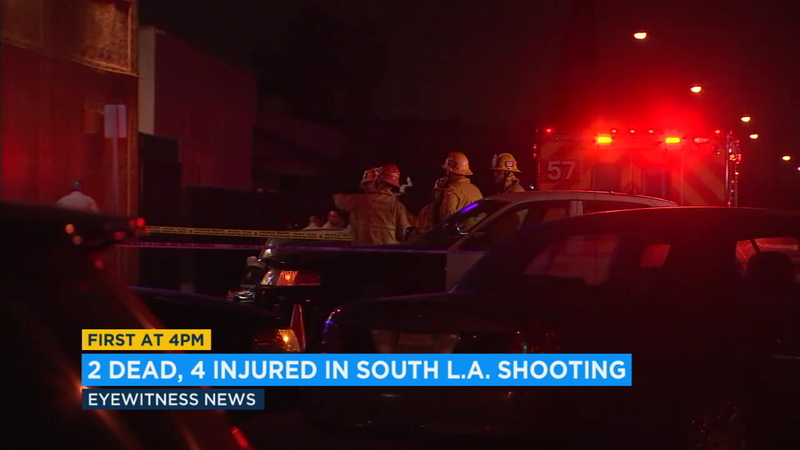 SOUTH LOS ANGELES (KABC) -- Two people are dead and several others are wounded following a drive-by shooting outside of a liquor store in South Los Angeles Saturday night.

The shooting happened shortly after 8 p.m. in the 900 block of West 88th Street, according to the Los Angeles Fire Department.

Los Angeles County sheriff's officials said a total of six people were hurt in the incident.

One person was pronounced dead at the scene while two others were discovered critically wounded. Sheriff's officials later confirmed a second death in the incident.

Los Angeles County sheriff's officials said suspects were seen driving away in a dark vehicle. A detailed description of the vehicle was not immediately released.

Witnesses said they heard about 15 gunshots and saw two gunmen.