2 men found dead in Hollywood, another transported to hospital 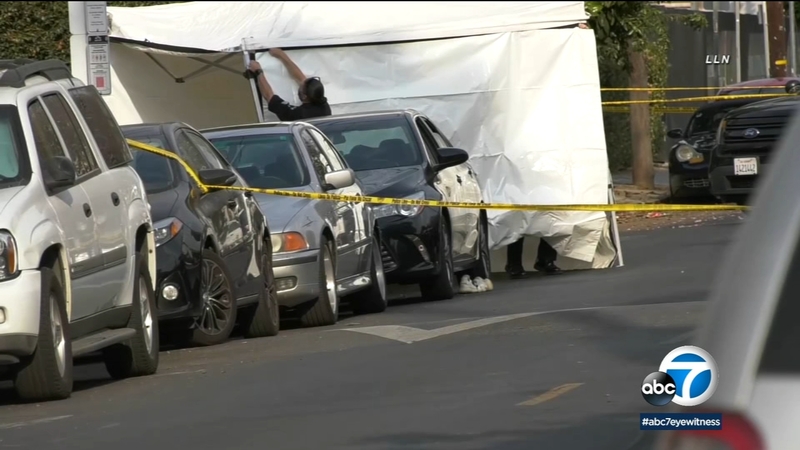 2 men found dead in Hollywood, another transported to hospital

HOLLYWOOD, LOS ANGELES (KABC) -- A death investigation is underway in Hollywood after two men were found dead and another was transported to the hospital Wednesday morning, the LAPD said.

The three men were all discovered inside a vehicle, authorities confirmed.

The bodies of the two deceased men were discovered shortly before 6 a.m. along De Longpre Avenue near McCadden Place, investigators said. They were pronounced dead at the scene.

Another man was rushed to a nearby hospital. His condition was not immediately known.