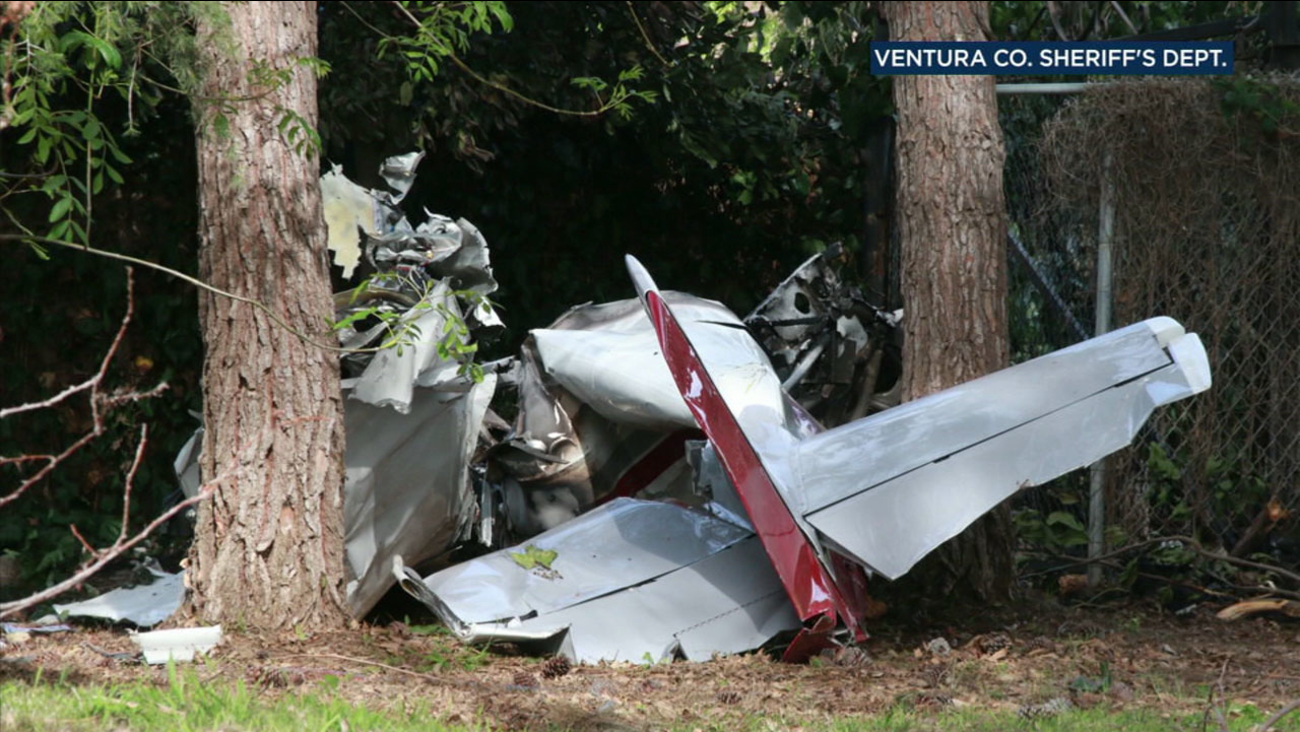 A mangled homebuilt single-engine aircraft is shown after it crashed into a storage container on a property just outside of Santa Paula on Saturday, April 2, 2018.

SANTA PAULA, Calif. (KABC) -- Authorities released the identities of the two people killed after a homebuilt plane crashed into a storage container in the Santa Paula area over the weekend.

Ted Dopler, 60, of Palmdale, and Jody Smith, 58, of Lancaster, both died in the single-engine plane crash Saturday afternoon. The coroner determined both men died of multiple blunt force trauma injuries because of the accident.

The homebuilt Vans RV6A aircraft had left earlier Saturday from Rosamond Skypark Airport in the Antelope Valley, but authorities do not know yet where the men were heading.

The aircraft crashed on a property in a wooded area in the 17800 block of South Mountain Road, just outside the city limits of Santa Paula. No one on the ground was injured.