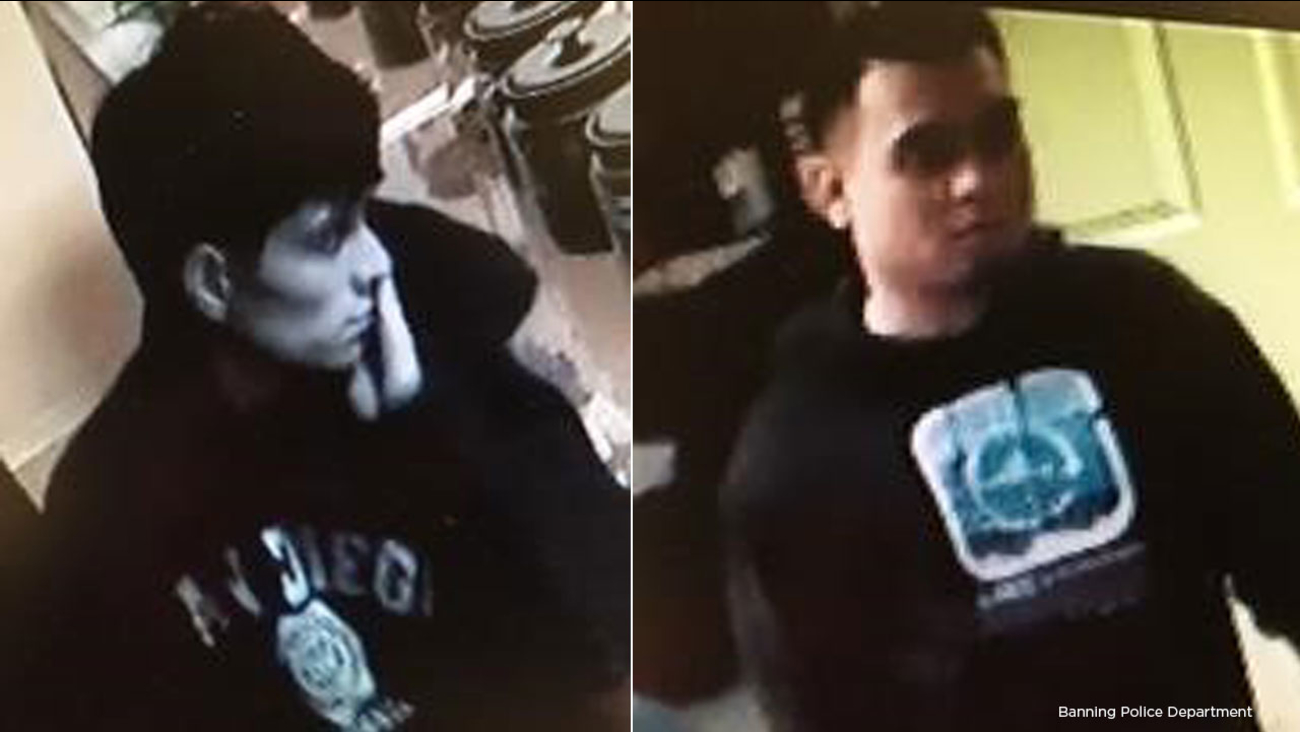 Two suspects wanted in a robbery that took place in Banning on Saturday, June 23, 2018.

The robbery happened about 11 p.m. Saturday at a business in the 6000 block of W. Ramsey Street, where officers found multiple victims suffering from both gunshot wounds and stab wounds.

The victims were transported to area hospitals and were listed in stable condition, according to a police department press release.

The first suspect is described as being a Hispanic man, approximately 18 to 27 years old, between 5 feet 9 inches tall to 6 feet tall. He's believed to be about 180 pounds, with light skin and short, brown hair. He was last seen wearing a black San Diego hooded sweatshirt, dark-colored pants and was armed with a knife.

The second suspect is approximately 21 to 30 years old. He's a Hispanic man between 5 feet 6 inches tall and 5 feet 9 inches tall. He's believed to weigh 210 pounds and has light skin with short hair, shaved on the sides, and light facial hair on his chin. He was wearing a black LRG hooded sweatshirt, dark shorts and armed with a handgun.

Both suspects are considered armed and dangerous and were last seen driving away in a dark-colored unknown make or model sedan.