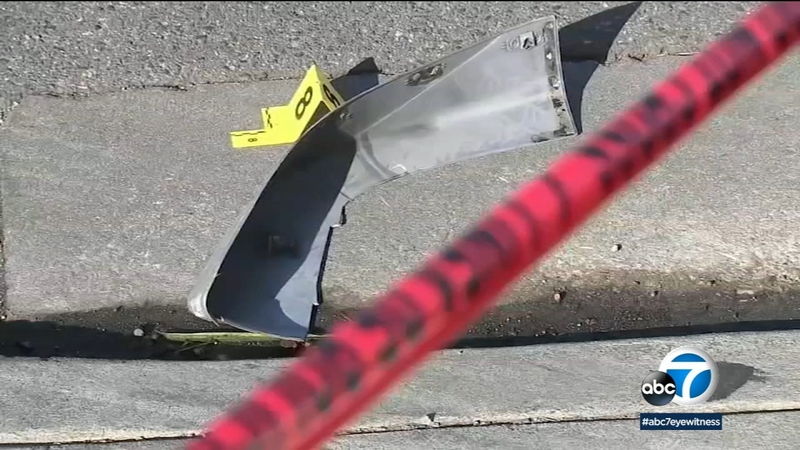 SANTA ANA, Calif. (KABC) -- A shooting in Santa Ana on Friday morning left a 20-year-old man and his family's dog dead, prompting a search for the shooter and the victim's missing car, authorities said.

The shooting occurred just south of the 22 Freeway in the 2800 block of Bristol Street around 2:30 a.m., Santa Ana police said.

The victim's family found him dead, according to authorities. Residents reported hearing arguments and gunshots.

Investigators believe the confrontation ensued sometime after the victim, identified as Adrian Real, went out to his vehicle that was parked in the carport. It is unclear if the victim was familiar with the gunman.

Amid the gunfire, a stray bullet was fired into the family's apartment and struck the victim's black-and-white Husky, a police spokesperson said. Officers transported the wounded dog to a vet, where it was later put down due to its injuries.

Family members were sleeping upstairs at the time.

Neighbors said the deadly shooting comes as a complete shock.

"I don't understand because we, all the people here, we just work, we have a job, we make a living, and of course we don't wanna be or stay in the middle of situations like this," resident Martha Serpas said. "This is really sad, and I'm so sorry for the family members that lost their loved one."

Authorities believe the suspect fled in the victim's car, a silver 2008 Mitsubishi Lancer, and are considering the shooter to be armed and dangerous. The sedan's California license plate number is 8BRF172.

Police are still searching for a motive.

"Whether the intent was carjacking or not, we don't know. Did he have an argument with somebody that he had a beef with or is this just a random act and he happened to be there and the suspect took advantage of that," Santa Ana police Cpl. Anthony Bertagna said.