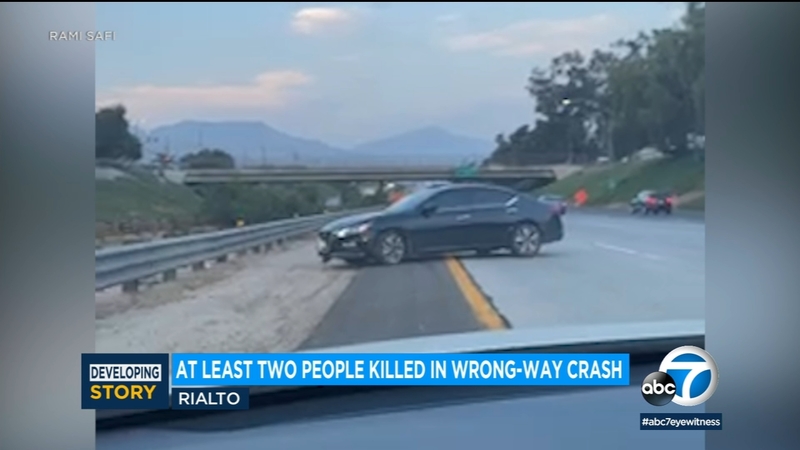 2 killed in fiery crash on 210 Freeway in Rialto

RIALTO, Calif. (KABC) -- At least two people were killed in a fiery crash on the 210 Freeway in Rialto apparently caused by a wrong-way driver, officials say.

The crash was reported just after 7:30 p.m. after callers reported a car driving westbound in the eastbound lanes of the freeway, swerving across lanes and then smashing into other vehicles.

After the crash, one car was reported to be on fire and several people had to be removed from the vehicle, according to CHP reports.

The fire spread to the side of the road and authorities briefly had to close westbound lanes of traffic as well.

Two people were killed in the incident, but it wasn't immediately clear if the individuals had been in the wrong-way vehicle.

A SigAlert was issued as most lanes on the eastbound side were expected to remain closed for some time. One lane of traffic was allowed to move past the crash scene as traffic backed up for miles.