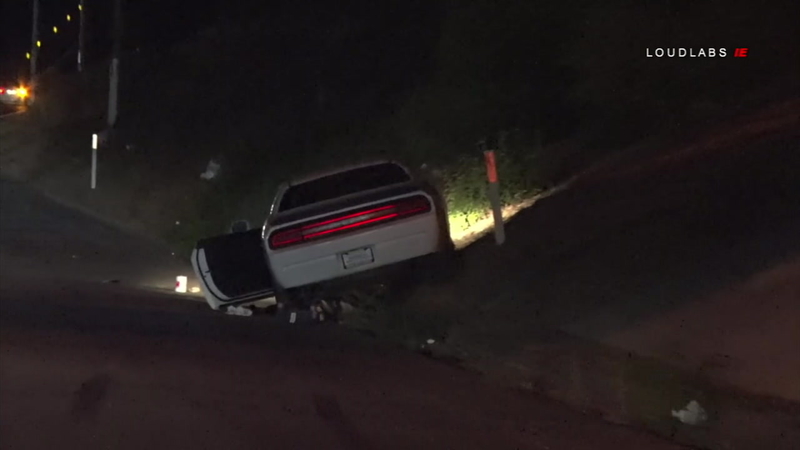 California Highway Patrol officers responded to the scene near H Street after a shooting was reported at approximately 6:27 p.m.

Officers encountered a white Dodge Challenger on the right shoulder of the freeway and a person lying next to the car.

"After the shooting occurred, the victim was involved in a collision. His vehicle became disabled, up against an embankment on the right shoulder," CHP officer Brian Alvarez said. "We are unable to obtain a statement from him due to the condition he is in."

The victim, identified as a 29-year-old man from San Bernardino, was transported to Loma Linda University Medical Center. He suffered multiple gunshot wounds described as life-threatening.

No arrest has been made in the case. Police said the suspect vehicle involved is a white sedan, which exited the freeway at H Street.