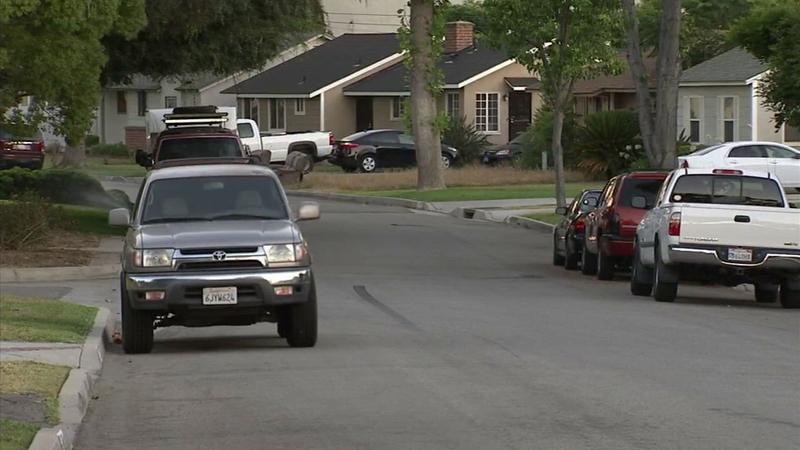 WHITTIER, Calif. (KABC) -- A young girl was kidnapped while playing in her front yard of her Whittier home, and she managed to escape, but her abductors remained on the loose Monday night.

Destani and Christina are the mothers of the 12-year-old girl who was kidnapped about 9:30 a.m. in the 13400 block of Franklin Street.

"A man came behind her, covered her mouth and he grabbed her and pulled her in the car with another male," Destani shared.

Once inside the car, one of the men began touching the child's face, telling her "she's very pretty, and she was never going to see her family again," the family said.

Police said the suspects, in a 2000 model green four-door Chevrolet Malibu or a similar-type sedan, drove to a home on Dittmar Avenue, about 1 1/2 miles away. While they were away from the car, the girl got out of the backseat and ran down the street for help.

Her mothers said she just happened to see a family friend in that neighborhood. She also said she's seen the suspects before near her middle school.

Police said one suspect is Hispanic in his 20s, with black hair and a beard. He had a shaved line across his left eyebrow and was wearing a white shirt and blue jeans.

The other suspect is Hispanic in his 30s and has a shaved head. He was wearing a white tank top and tan pants and has a dragon tattoo on his right bicep.