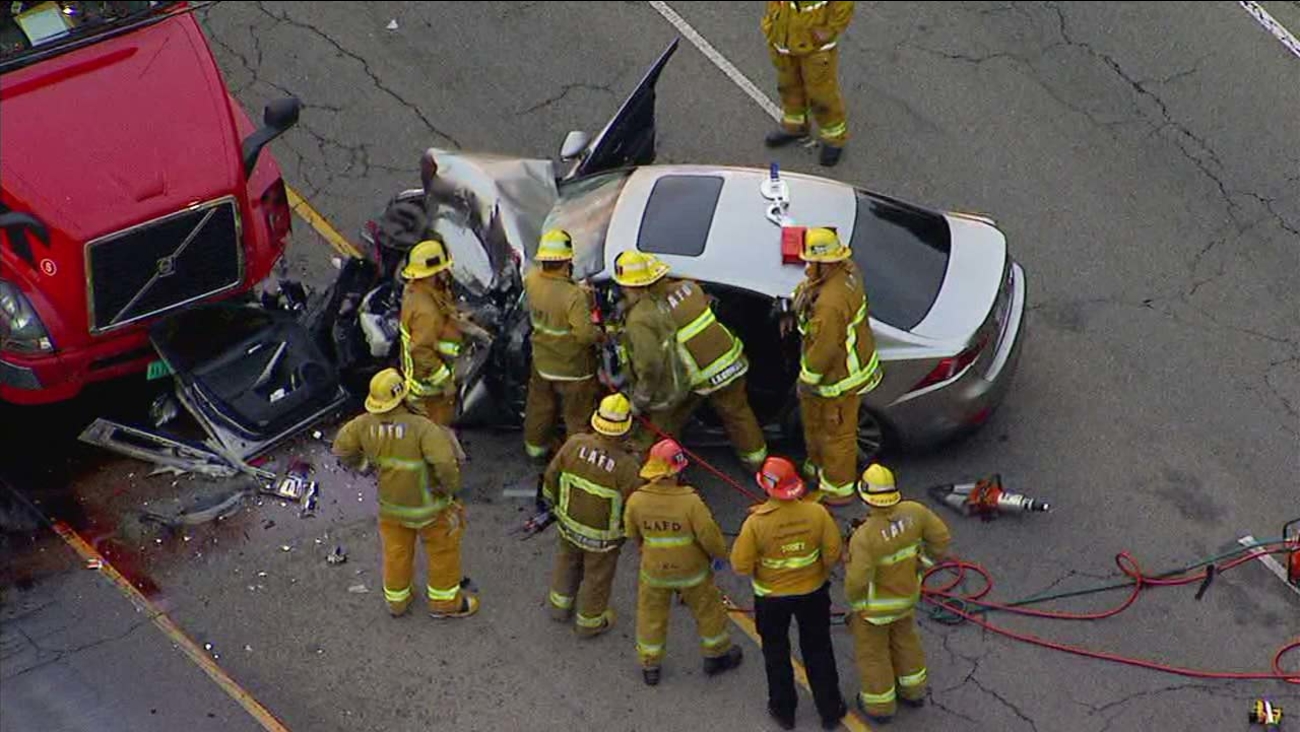 Firefighters are seen in Northridge, where a fatal crash involving a big rig and a car occurred on Thursday, Sept. 21, 2017.

NORTHRIDGE, LOS ANGELES (KABC) -- One person was killed and another was transported to the hospital in critical condition following a wreck involving a big rig and a car in Northridge on Thursday.

The crash occurred near Roscoe and Reseda boulevards at approximately 6:45 a.m.

The driver of the big rig was not injured, fire officials said.

Two people in the other vehicle became trapped inside their car. One was pronounced dead at the scene, and the second was extricated from the car alive.

That second victim, described as a female adult, was transported to an area hospital in critical condition.