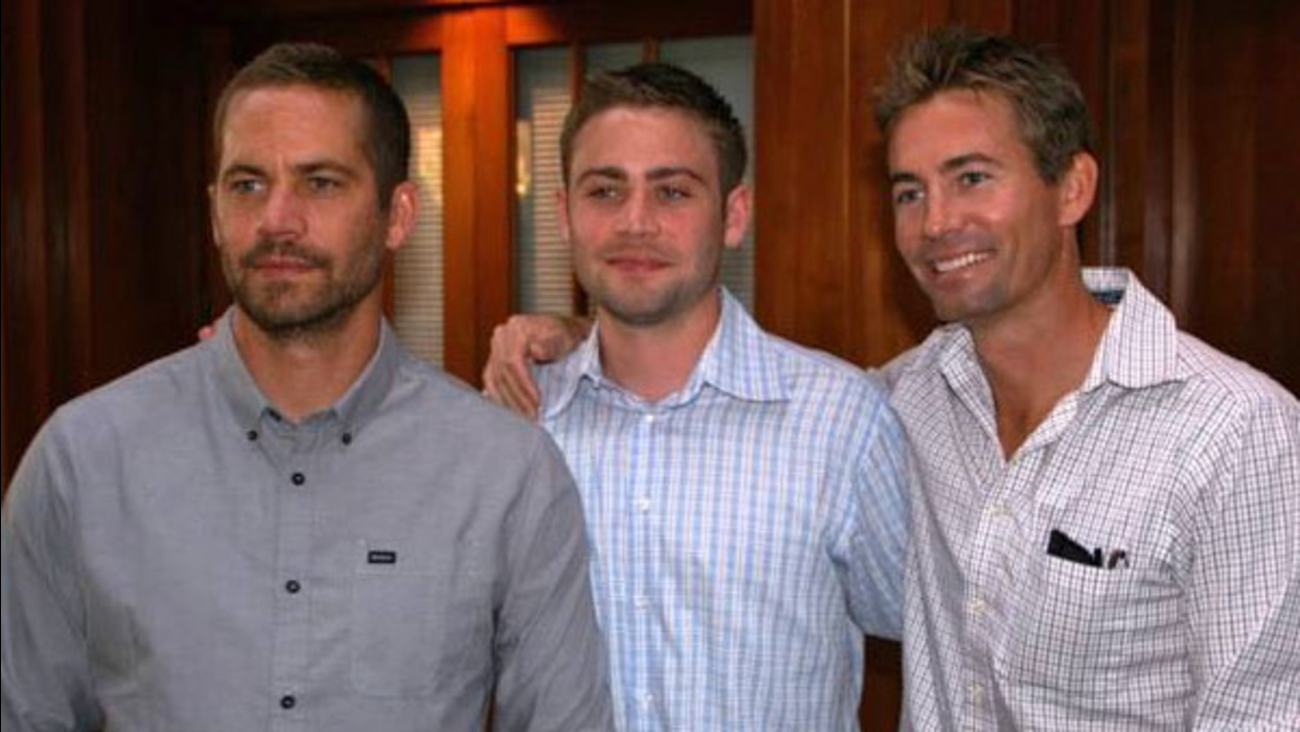 The late actor Paul Walker is seen with his brothers, Cody (middle) and Caleb (right), in this undated photo. (www.facebook.com/codywalker)

Cody and Caleb Walker have agreed to finish their brother's action scenes that were not completed before his untimely death in November 2013. They will "fill in small gaps left in production," Universal Pictures said in a statement Tuesday on the film's Facebook page.

The actor, best known for his role as Brian O'Connor in the "Fast & the Furious" movie series, was killed in a fiery car crash near Rye Canyon Loop and Kelly Johnson Parkway in Valencia on Nov. 30, 2013. His friend Roger Rodas also died in the crash.

A police investigation later found that the Porsche Rodas was driving was traveling up to 94 mph when it went out of control, crashed, and burst into flames.

The film has since been adjusted to accommodate his loss and incorporate the footage Walker shot before his death. It will also give his character as Conner a proper goodbye.

"We are just under a year away from the release of 'Fast & Furious 7', and this film is the most important we've ever done together. It will allow the character of Brian O'Conner to live on and let us celebrate Paul in his most defining role," read the statement.