Chase ends in Highland park, 3 suspects in custody after after running into occupied home 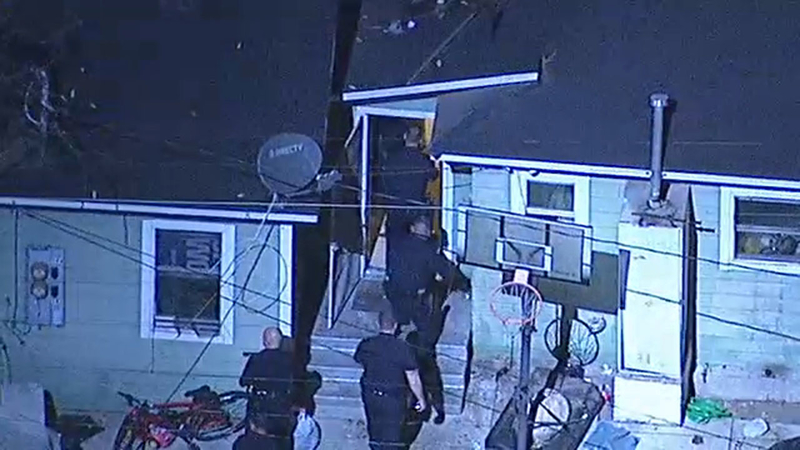 3 suspects in custody after chase ends in Highland Park neighborhood

HIGHLAND PARK, LOS ANGELES (KABC) -- Three suspects were taken into custody Friday night after a bailing out of a chase in Highland Park and running into a home with a large family inside.

The chase ended before 9 p.m. near the home on Avenue 41. Police said the three suspects ran out of a red sedan and into the home, prompting authorities to swarm the area.

More than a dozen people were evacuated from inside the home, including several small children. All of them came out of the home with their hands raised.