4 killed in fiery crash on 5 Fwy in Santa Clarita 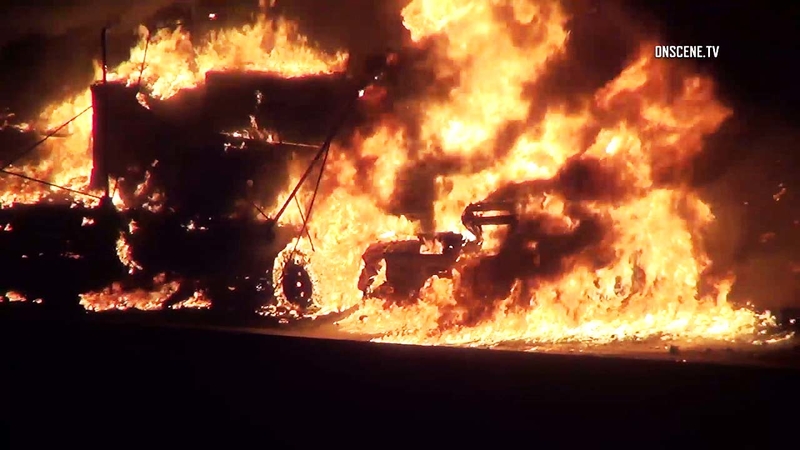 4 killed in fiery crash on 5 Fwy in Santa Clarita

SANTA CLARITA, Calif. (KABC) -- Four people were killed in a fiery wreck on the northbound 5 Freeway in the Santa Clarita area Thursday night.

A semitruck and passenger vehicle were involved in a collision on the freeway near the Calgrove Boulevard exit around 7:30 p.m.

The truck was carrying a load of wood and was pulled over on the shoulder when a vehicle slammed into its back. The crash ignited a fire that ran up the hillside from the edge of the freeway.

Four people were killed in the vehicle. The truck driver was not injured.

The bodies were removed by the coroner early Friday, and the bodies may not be identified for a few days.

Several lanes of the freeway remained closed early Friday morning as cleanup was expected to last hours. All lanes were reopened around 7 a.m.