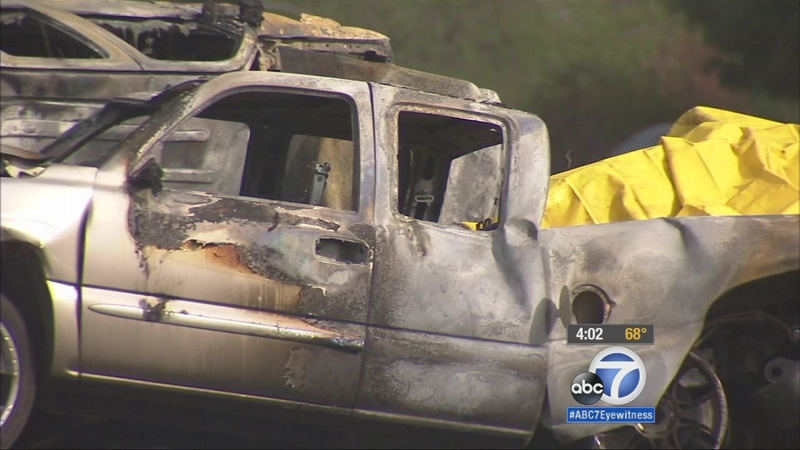 Officials say five vehicles were involved in the crash in southbound lanes at Devonshire Street around 7:30 a.m. One person was declared dead at the scene, and one patient was transported to a local hospital with minor to moderate injuries. Three other patients were treated and released at the scene.

"The vehicles were slowing as a result of stopped traffic to the front of them, and then a chain reaction collision occurred between the five vehicles," said California Highway Patrol Officer Leland Tang. "We know that the three initial vehicles that caught on fire in the HOV and the No. 1 lane were where the major impact occurred."

Jorge Nuno of Sylmar says he and his 3-year-old daughter were on their way to run some errands when the accident happened in front of them. When his truck crashed into the other vehicles, he rushed to get himself and his daughter out of the truck before it caught fire. They are expected to be OK.

Morning traffic was backed up for miles because of the crash. Southbound drivers were allowed to pass on the two far right lanes. The northbound HOV lane was also closed for the investigation. All lanes were reopened at about 1:15 p.m. 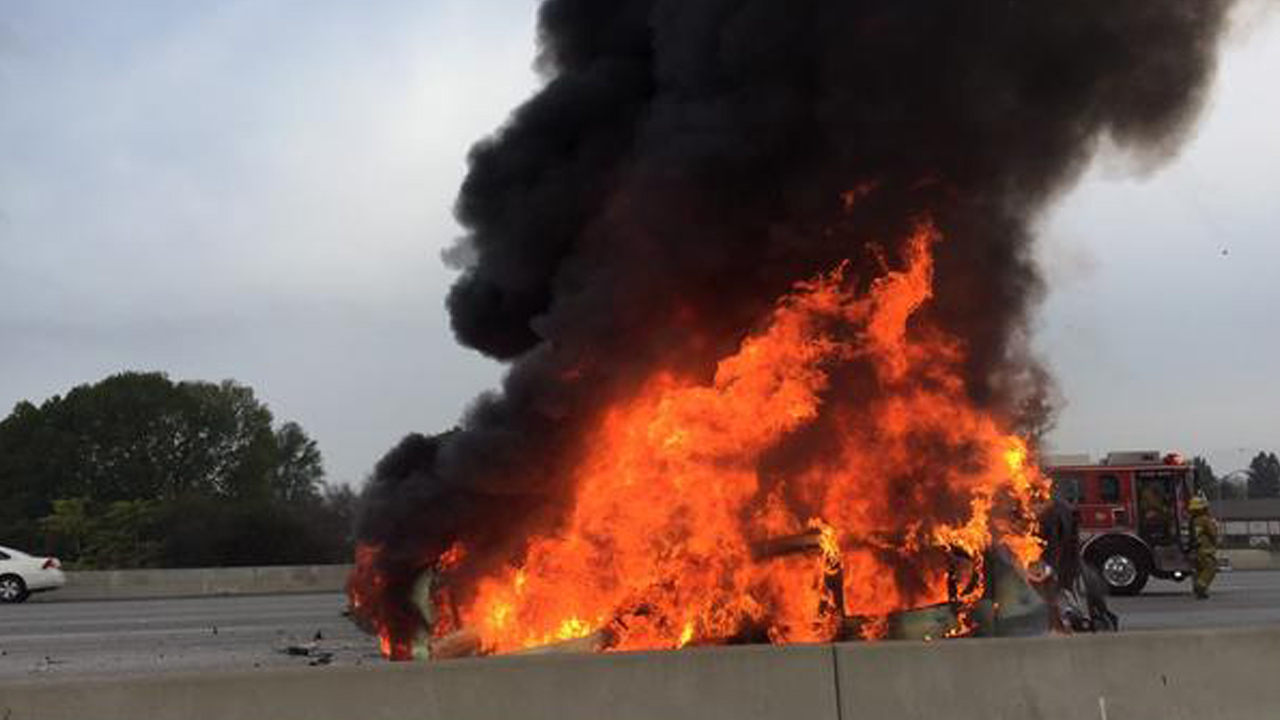