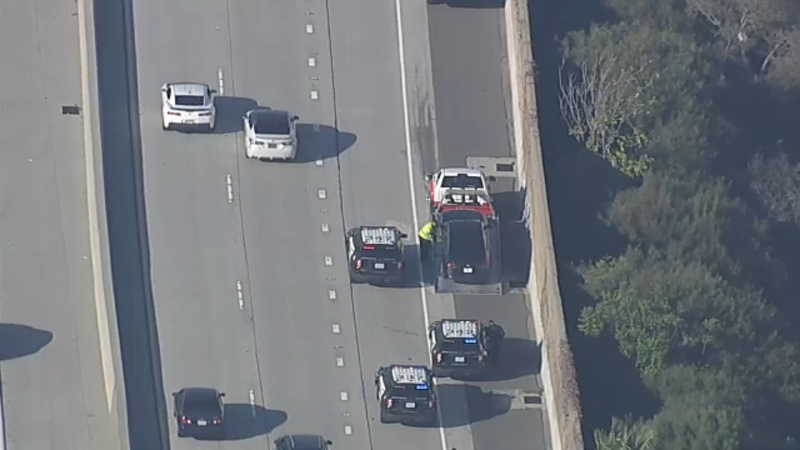 LOS ANGELES (KABC) -- The northbound 405 Freeway in the West Los Angeles area was partially shut down Friday afternoon when pursuit suspects stopped on the roadway and refused to leave the vehicle.

The suspects had stolen more than $1,000 in merchandise from the Sephora store at the Del Amo mall, Torrance police say.

Officers found the vehicle around 2:20 p.m. and started chasing them onto the 405.

Near Century Boulevard they tried to exit the freeway but got stuck in traffic. One of the suspects was taken into custody right away.

But another refused to come out of the vehicle for a while. The freeway was partially shut down as officers tried to convince the person to surrender.

After about half an hour, the person surrendered. The suspects were described as a man and woman. No weapons were found and no injuries were reported.

By around 3:30, the CHP said the suspects were in custody and lanes were beginning to reopen.