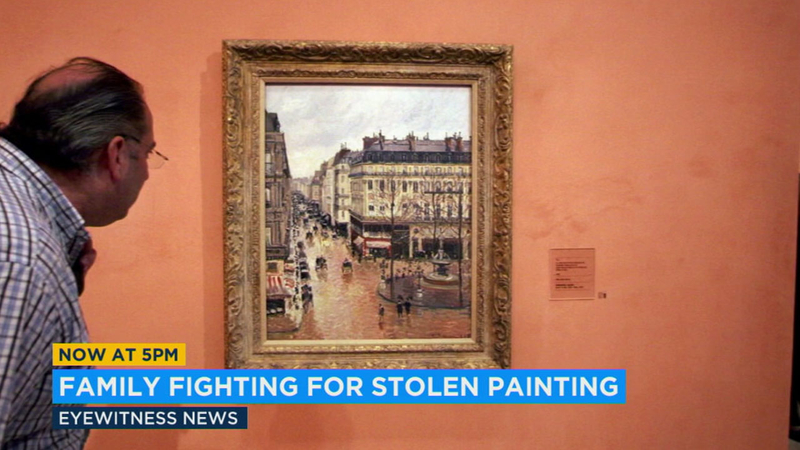 LOS ANGELES (KABC) -- A valuable painting taken by the Nazis decades ago is now at the center of a legal battle in Los Angeles.

The descendants of a woman who was forced to give up the Camille Pissarro piece as she fled Nazi Germany is battling with the Spanish museum which now claims ownership of the piece.

It's a street scene of Paris from long ago called "Rue St. Honore in the Afternoon, Effect of Rain."

The painting is now valued at $30 million.

The work has led to a battle that has lasted decades.

It was sold by the artist Camille Pissarro in 1898 to the ancestors of David Casirrer. His family surrendered it to the Nazis when they fled Germany.

"We found the painting 19 years ago this month so it's been so long. I am delighted that we had our day in court," said Casirrer.

In federal court Tuesday art experts explained the painting was purchased by art collector Barron Hans-Heinrich Thyssen-Bornemisza in New York in 1976. The bill of sale however said it was purchased in Paris. The experts couldn't say if the baron knew the work had been taken by the Nazis.

Boies said "For this particular painting he did nothing, didn't ask a single question and then after the fact when he bought it, fabricated where he got it from. That just is incomprehensible."

The Spanish government bought the baron's entire collection and moved the painting along with others to a museum in Madrid.

The Spanish government refuses to give it up, saying the baron and the museum bought it in good faith.