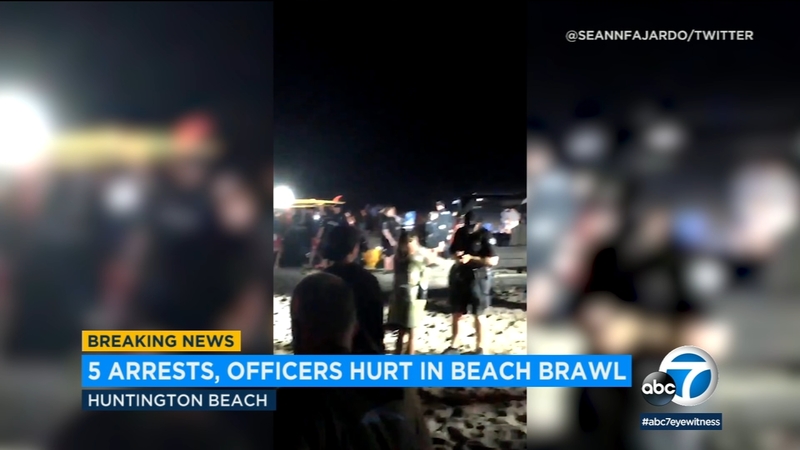 5 arrested after fight breaks out in Huntington Beach

HUNTINGTON BEACH, Calif. (KABC) -- Five people were arrested and at least one police officer was transported to a hospital after a fight broke out near the U.S. Open of Surfing venue in Huntington Beach Wednesday evening, police said.

Officers spotted a woman they thought was drinking on the beach near Tower 7 at about 8:40 p.m., and a fight ensued when the group the woman was with turned on the officers after being confronted, according to Huntington Beach police.

One officer was transported to a hospital with injuries described as serious, but is expected to be OK.

A number of other officers sustained minor injuries, police say.