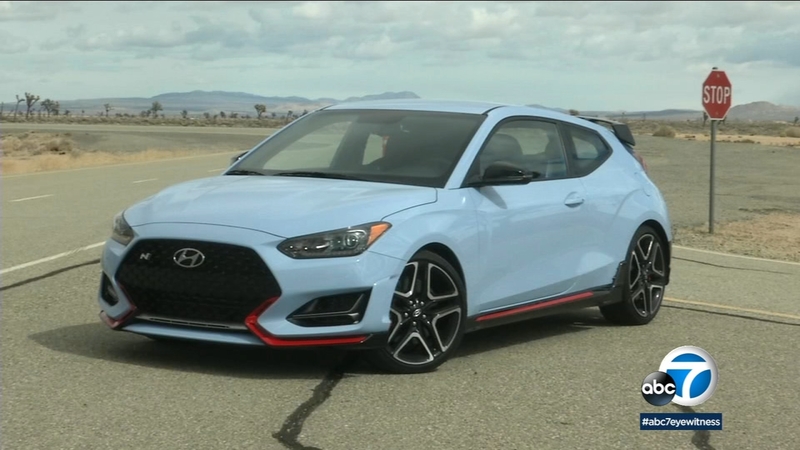 Premium carmakers have had success with high-performance sub-brands. At Mercedes-Benz, it's the AMG line. While BMW has the M models.

Now, there's a performance car line for more modest budgets. Hyundai has been hard at work on its own performance brand called "N," for well under $30,000. The line is geared toward buyers who want performance but would be priced out of one of the legendary German brands.

"People that are just entering the vehicle market. They're looking for something that delivers an exciting drive and a high level of performance, but not a high level of pocketbook damage," said Michael O'Brien, vice president of product planning at Hyundai Motor America.

The first model from the new performance sub-brand is the Veloster N, based on the Hyundai coupe that's now in its second generation. The car is tweaked everywhere it counts: engine, suspension, brakes, and so on. Power from the turbocharged four cylinder comes on strong with 250 to 275 horsepower. As for the suspension, Hyundai got some tuning help from engineers it hired away from BMW. And tuning work on the Veloster N was done on Germany's famed Nurburgring race track.

"This is a great all-day track car. It also is a great commuter for back-and-forth to work. It delivers both off the track as well as on the track," said O'Brien.

And what better place to try out the new hot ride than at a track? But not just any track - Hyundai's own test track in the Mojave Desert. I was invited to don a helmet, strap in, and put the pedal down on the high-speed winding road course that's part of the huge proving ground near California City. Exercising the car's upgraded hardware, including a strengthened six-speed manual transmission, I found it to be very much up to the task of spirited driving. The Veloster N is no pretender, and Hyundai even engineered it to handle high heat loads in everything from the engine's cooling system to the brakes. A long track day shouldn't faze this new hot hatchback.

It's not always easy to make a street car that can handle well on a high-speed track as well. The suspension needs to be firm, but if it's too firm, it can beat up the driver and passenger over things like potholes and pavement cracks.

Credit goes to special electronically-controlled shock absorbers. Those tend to be expensive assemblies, both in terms of when they're built onto the car at the factory, and down the road when it's time to replace them. But as part of Hyundai's plan to keep the car affordable, it skipped over the usual step of buying the electronic dampers from supplier companies, which is what most high-end car brands do.

"We developed those in-house," noted O'Brien, who said that the performance brakes were also developed by the company's engineers in Korea. That further saved on costs.

The N brand will also be spread around Hyundai's line. The Elantra GT Sport becomes the GT N Line model for 2019. No extra power, but suspension tweaks to aid cornering. On an autocross track set up at the Hyundai proving grounds, I was able to push the new Elantra model through the tight turns and it felt stable and controllable.