KABC
By Josh Haskell and ABC7.com staff
RIVERSIDE, Calif. (KABC) -- Work begins Monday on what's being called the "60 Swarm" between Riverside and Chino, leading to weekend shutdowns of the 60 Freeway and big delays in Inland Empire traffic. 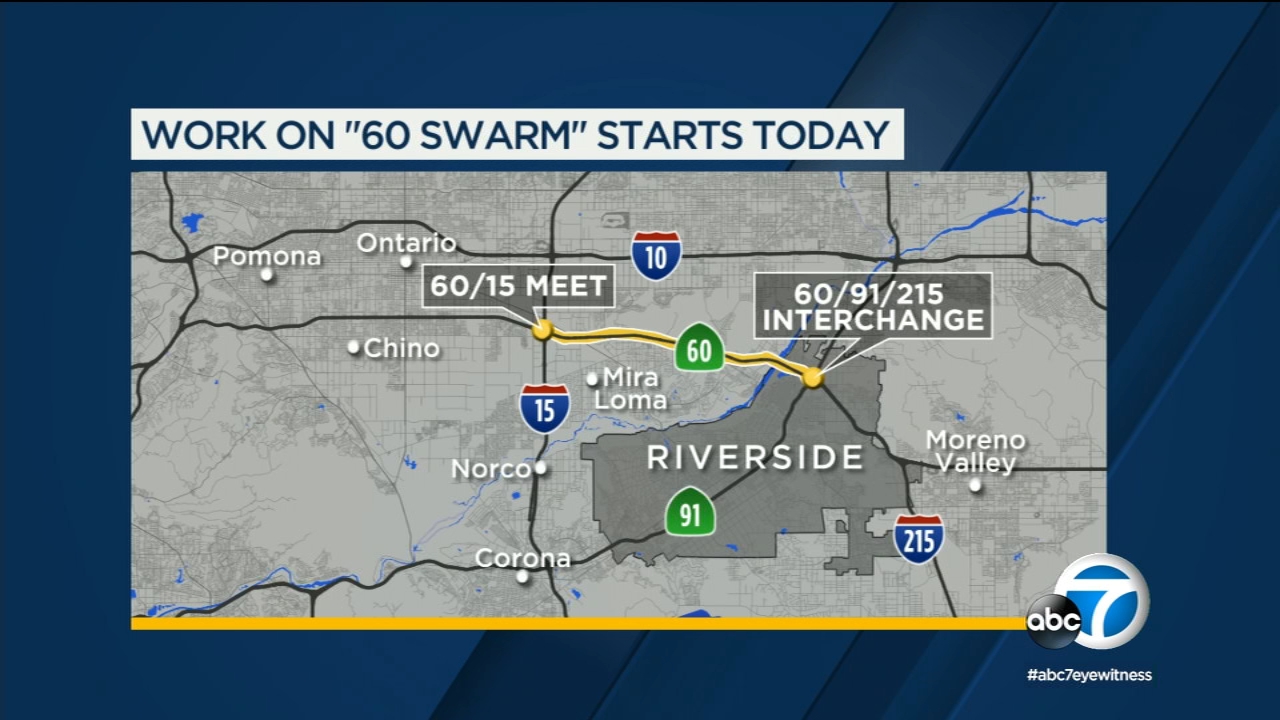