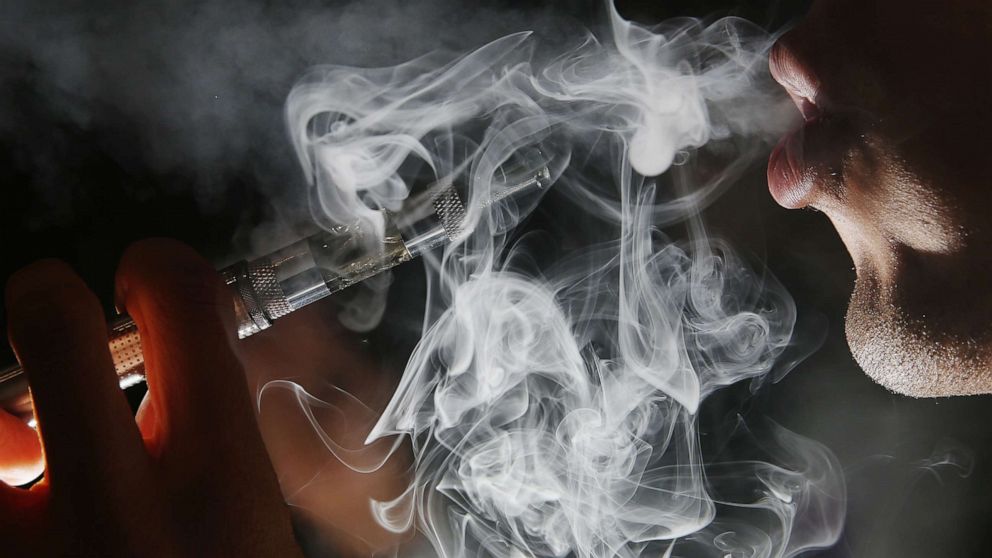 A Houston-area high school student fell ill after vaping and was rushed to the hospital on Monday evening, officials said.

A public school district serving Tomball, Texas, a small city about 35 miles from downtown Houston, told ABC News in a statement late Monday that a Tomball High School student "experienced a medical emergency during an after school activity involving a vape pen."

A school staff member, who "assisted with the incident as the student became ill," immediately called 911. An ambulance took the student to a local hospital, where family members were present, according to the school district's statement.

The condition of the student was unknown, and the Tomball Police Department did not immediately respond to ABC News' request for comment Tuesday morning.

"We have no new details on the student's health at this time," the school district told ABC News in its statement Monday night. "Educational resources have been put in place and the district will continue its efforts to educate students and parents on the negative effects of vaping."

"The girl handed it to him. He hit it and passed out," Scott told the station in an interview Monday night. "He would not wake up. He was not waking up. They tried to get him up. He was not getting up so the ambulance had to come and get him on a stretcher."

Tomball Independent School District superintendent Martha Salazar-Zamora said they have partnered with University of Texas MD Anderson Cancer Center "to carry out a preventative curriculum through their ASPIRE program," an online educational tool that helps middle and high school students learn about being tobacco-free by explaining the dangers of tobacco and nicotine use.

"We are fully aware of the seriousness of vaping and the negative effects it has on our nation and our young students today," Salazar-Zamora said in a statement issued Monday night. "We continue to have candid conversations with our students, staff and greater Tomball community on this issue."

It's the third person in the Houston area to be hospitalized within the past month with serious lung illnesses following e-cigarette use. All three are teenagers and two have been discharged from the hospital, according to the Houston Health Department.

"This is a very serious outbreak and I urge all parents to check with their children to make sure they are not using e-cigarette products. Adults should also stop using the products," Dr. David Persse, Houston's local health authority and EMS medical director, said in a statement Tuesday. "These illnesses are life-threatening, even for healthy young people who may not regularly use these products."

"These three people are just those we've confirmed so far," Dr. Persse continued. "We'll very likely find other cases and, unfortunately, there will probably be new cases until the cause is identified."

The incident comes as cities and states across the country urge people to immediately stop using all vaping devices and e-cigarettes amid a spike in vaping-related illnesses and deaths.

On Friday, the U.S. Centers for Disease Control and Prevention confirmed that a fifth person has died from a vaping-related lung disease. The health protection agency said it is aware of over 450 possible cases of vaping-related illnesses in 33 states and one U.S. territory. Those five deaths have occurred in California, Illinois, Indiana , Minnesota and Oregon.

There is no specific vaping device or chemical linked to all the cases, but the CDC reports that a majority of the patients are male, between the ages of 18 and 35, and admit to using nicotine, THC (the main active component in cannabis), or both, about 90 days before experiencing symptoms, which include shortness of breath, gastrointestinal issues, fever and fatigue.

Then on Tuesday, the Kansas Department of Health and Environment confirmed the first death in the state from a vaping-related lung disease, bringing the nationwide total to six. The CDC has not yet commented on the latest case.

Meanwhile, the U.S. Food and Drug Administration is investigating at least 127 reports of people suffering seizures or other neurological symptoms after using e-cigarettes. All of the reported cases occurred between 2010 and 2019, and many involved youth and young adults. It remains unclear whether there's a direct link between vaping and the reported cases of neurological events, according to the federal agency.