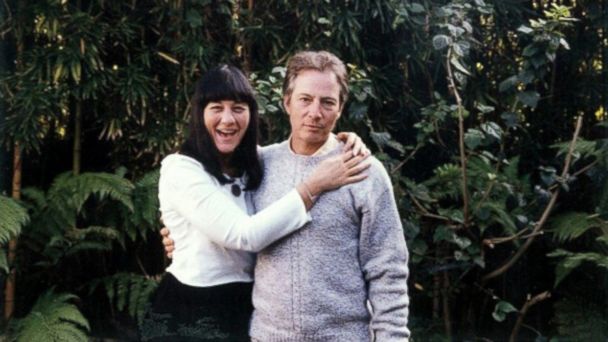 The HBO series "The Jinx: The Life and Deaths of Robert Durst" ended Sunday night, a day after Robert Durst was arrested on a capital murder warrant issued by Los Angeles police in relation to the death of Susan Berman.

While the arrest and series finale may have provided answers to some of the mysteries surrounding Durst, there are still questions about who killed Berman, the woman at the center of the new arrest.

Who was the woman who was friends with Durst and was later gunned down in her home 15 years ago? What was their friendship like? Did Berman know what happened to Durst's wife, Kathleen Durst?

Berman grew up in Las Vegas, the daughter of a gangster. Both of her parents died while she was a child. She later became a journalist, living in New York and Los Angeles, where she befriended Durst -- a New York real estate heir -- at UCLA.

According to a New York magazine feature, Berman had several phobias and was paranoid about dying.

"She couldn't cross bridges or drive on certain streets, she couldn't eat in a restaurant without interrogating the waiters or summoning the chef (panicked that she would die from one of her countless allergies)," New York Magazine reported, "and she couldn't go above the third floor in a building unless accompanied by 'a big strong man' and assured that the windows were 'hermetically sealed"'(her biggest phobia was that she would hurl herself out a window).'"

Berman referred to Durst as her "brother," according to the article. At her wedding in 1984, Durst even gave her away.

Berman's marriage ended in divorce. While she never had children of her own, she considered the son and daughter of an ex-boyfriend her adopted children. According to New York magazine, Berman had considered asking Durst to have a child with her.

In the year before her death, Berman was out of money. When she asked Durst for a loan, he gave her $50,000 as a gift, New York magazine reported.

Berman's death had been under investigation since her body was found in her home on Christmas Eve in 2000, the Los Angeles Police Department said Sunday, and remained unsolved for 15 years. According to the New York Times, Berman was shot in the back of the head.

"As a result of investigative leads and additional evidence that has come to light in the past year, investigators have identified Robert Durst as the person responsible for Ms. Berman's death," the LAPD said Sunday. Durst was arrested the day before the last episode of "The Jinx" aired. In Sunday night's finale, Durst asked himself off-camera "What the hell did I do?" before answering, "Killed them all, of course."

While Durst has long denied killing Berman, some believe he had a motive -- allegedly wanting to silence her about the 1982 disappearance of his first wife, Kathleen Durst, another death for which he has been investigated but was never charged, investigators said.

Berman was about to meet with investigators in New York about the disappearance of Kathleen Durst before she died, the New York Times reported.

"Susan lived by a mob-like code of loyalty," New York magazine reported. "She would never, no matter how desperate, rat out a friend, even if she did know something incriminating."

Kathleen Durst was officially declared dead in 2001, and Durst has said he has no idea what happened to her.

Durst was also charged in the 2001 killing of a neighbor in Galveston, Texas, but he claimed self-defense and was later found not guilty.

Durst, who participated in 25 hours of interviews for the HBO series, declined to comment to ABC News about the series.

As a result of this weekend's arrest, Durst's brother Douglas Durst said in a statement: "We are relieved and also grateful to everyone who assisted in the arrest of Robert Durst. We hope he will finally be held accountable for all he has done."

HBO said in a statement, "We simply cannot say enough about the brilliant job that Andrew Jarecki and Marc Smerling did in producing The Jinx. Years in the making, their thorough research and dogged reporting reignited interest in Robert Durst's story with the public and law enforcement."

Chip Lewis, Durst's attorney, told ABC News in a statement, "We will waive extradition in an attempt to expedite the process of getting into court in LA to answer and defend against the charges."