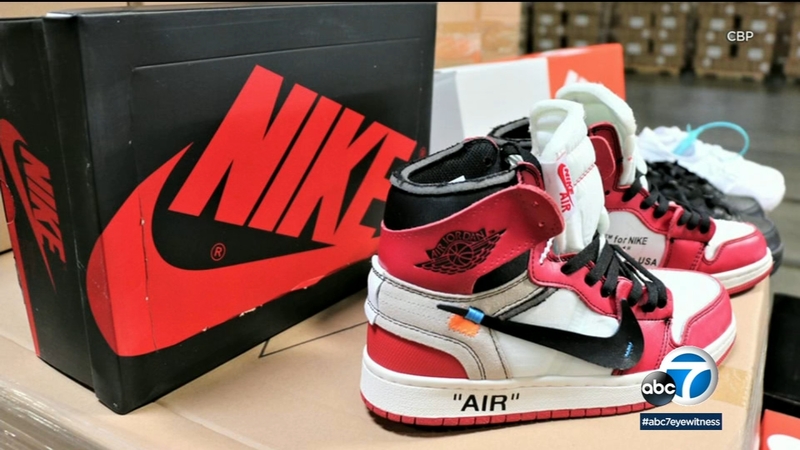 U.S. Customs and Border Protection, Department of Homeland Security, and trade investigators discovered the more than 14,000 pairs of shoes while searching a shipment arriving from China.

The shoes were found inside two containers that investigators said had been misdeclared as "napkins."

"Intellectual property theft is a crime that leads to lost revenue for American industry, a loss of American jobs, and often poses a threat to public health and safety,'' said Carlos C. Martel, Customs and Border Protection's director of field operations in Los Angeles.

There were 14,806 pairs of counterfeit special-edition Nike Air Jordans and Air Max 97s -- designs that are highly coveted by collectors.

If genuine, the confiscated shoes would have an estimated manufacturer's suggested retail price of $2,247,680, officials said.