Anthony Davis sparks Lakers as center in win over Jazz 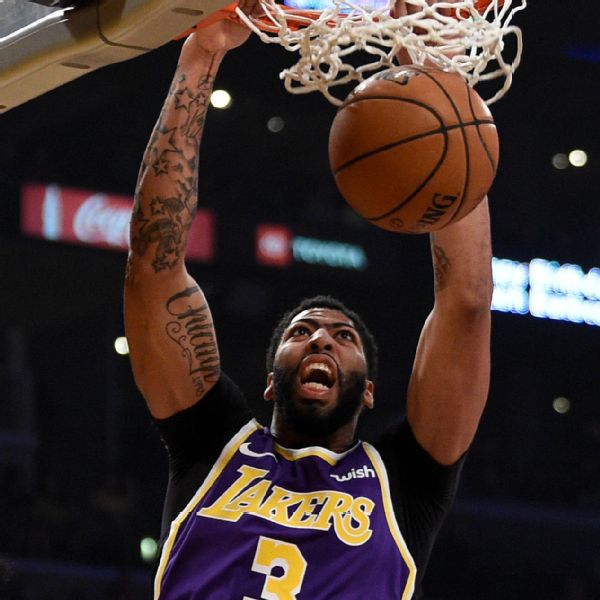 Lakers coach Frank Vogel moved Davis from the 4 to the 5 at halftime on Friday night, sparking a 95-86 win over the Utah Jazz. Davis finished with a hearty line of 21 points, 7 rebounds, 5 blocks and 2 steals, and he left his imprint on both ends of the floor with the help of the lineup adjustment.

"Anthony and I talked about it, and he was all for it and wanted to do it," Vogel said.

"If it makes sense, then obviously I don't mind doing it. And it made sense tonight," added Davis, who had declared his preference for playing the 4 at his introductory news conference in July.

L.A. shot just 34.8% in the first half with Davis playing alongside JaVale McGee in the middle, which fed into Jazz centerRudy Gobert's hands.

"Rudy is a problem for any offense going against their defense," Vogel said. "If you have another center out there where he is rolling to the basket, [Gobert] can kind of play center field and clog things up."

With Davis shifting to the 5, Vogel also inserted Alex Carusowith the first group at the 1, giving L.A. a smaller lineup with another playmaker on the floor.

"We were faster, I think," Danny Green said of the second-half formation. "We were rotating, we were moving. AD defensively was a monster. We did better with the pick-and-roll coverages and talking, communicating and switching. Weakside was there rotating, and we got some steals and got out running and got some easy baskets for us on the offensive end."

Davis, spacing the floor on offense and drawing Gobert out on the perimeter to guard him, opened things up for his teammates. LeBron James scored 12 of his game-high 32 points in the third quarter.

"Having AD at the 5 definitely allows us to create more driving lanes for those guards," James said.

Having Caruso on the floor opened up James to being recipient of post-up entry feeds instead of being the player making those passes.

"Allows me to play off the ball a little bit," James said. "I still handled it a lot, but I don't have to handle it as much and I'm able to get to my spot and play a little bit more in the low post where I'm very dynamic down there, being able to triple-threat, being able to find my guys, find my shot as well. And make the defense shift a lot."

In the 12 minutes that James and Davis shared the court Friday without centers McGee or Dwight Howard in the lineup, the Lakers had an offensive efficiency of 128 points per 100 possessions and a plus-minus of plus-6, according to NBA Advanced Stats.

The shuffle worked for one night, but it also brought up a couple of questions moving forward: Just how often can they go to it and how will McGee and Howard take it if their roles begin to disappear?

"Instinctually, you want to go to it full time because it can be so lethal," Vogel said. "But I don't know if that's the smartest approach with Anthony at the 5, banging against centers night in and night out. So it's going to be an opportunistic thing for us."

McGee didn't play in the second half, becoming the first Laker to have to tangibly show the sacrifice the players and coaching staff said would be necessary during training camp.

"I give a lot of credit to JaVale being able to accept it," James said.

With Kyle Kuzma and Rajon Rondo both recovering from injuries and set to rejoin the lineup in the coming days or weeks, thus disrupting the rotation again, it will be someone other than McGee making the next sacrifice.

"I think it's a great example of our team, everybody just wants to win, nobody really cares about the stats or anything like that,"Troy Danielssaid.

"Everybody has one goal, everybody wants to win, so kudos to the front office for putting this team together. Nobody is selfish on this team. We all just want to win." 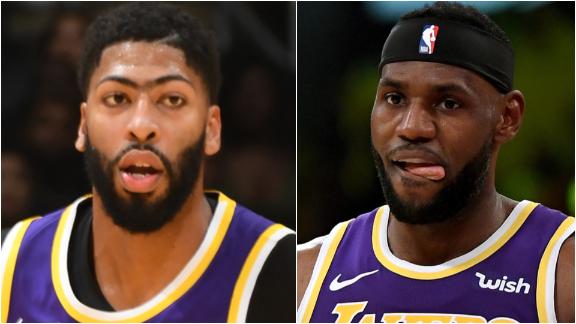