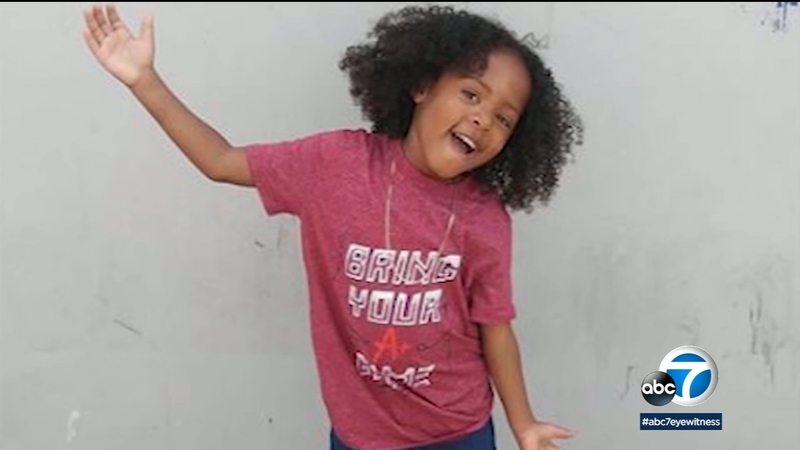 SOUTH LOS ANGELES (KABC) -- A candlelight vigil was held Saturday outside the South Los Angeles home of the grandmother of a 6-year-old boy who was fatally beaten, allegedly by an acquaintance of his mother.

The coroner's office ruled the death a homicide.

Downey resident Tyler D'Shaun Martin-Brand, 23, was arrested and booked for murder, Parino said. He is described as an acquaintance of Dayvon's mother.

"The infliction of pain that was brought upon this baby, it just makes you think how he was hollering, how he was screaming, how he was saying don't do it. Everything goes through your mind," said Gwendolyn Nicholson, Dayvon's grandmother.

David Nicholson, Dayvon's father, said the boy lived with his mother. They co-parented, but Nicholson hadn't seen his son much recently.

"I'm holding together right now because I have my loved ones with me to console me at this time," David said.

He added that Dayvon spent a lot of time in the care of his mother's friend, a man he only knew by the name Coach Ty.

Gwendolyn said Martin-Brand admitted to hitting the child, claiming he was disciplining him.

"He just blatantly said it, like you know, no fear of saying, 'Oh, I was calling myself chastising so I hit him in his chest a couple of times," she said.

The 6-year-old's grandfather said he spoke to Martin-Brand on the phone and also said that he admitted to the beating.

"He said 'I was trying to discipline him.' I said, 'You know where you're going now, you're going to jail.' He said, 'I know,'" said David Nicholson, Sr., Dayvon's grandfather. "(Dayvon) was suffering. He was suffering with that man and we didn't see it."

The grandparents say they can't believe the loving boy, who they claim they hadn't been able to see recently, is gone.

"It's too much, and it hurts deeply. A lot," Gwendolyn said.

Police have not released additional details about the circumstances of Dayvon's death.

"This case is a serious and complex investigation and investigators are still in the process of gathering information, interviewing witnesses and processing evidence,'' Parino said. "As a result, no other details will be released at this time.''

Saturday's vigil was coordinated by the Project Islamic Hope civil rights group to call attention to the dangers of women leaving their children with people they do not know very well, organizer Najee Ali said.

Bail for Martin-Brand was set at $1 million. He is expected in court Monday.

The Downey Police Department is asking anyone with information to contact Detective David Van at 562-904-23-86.