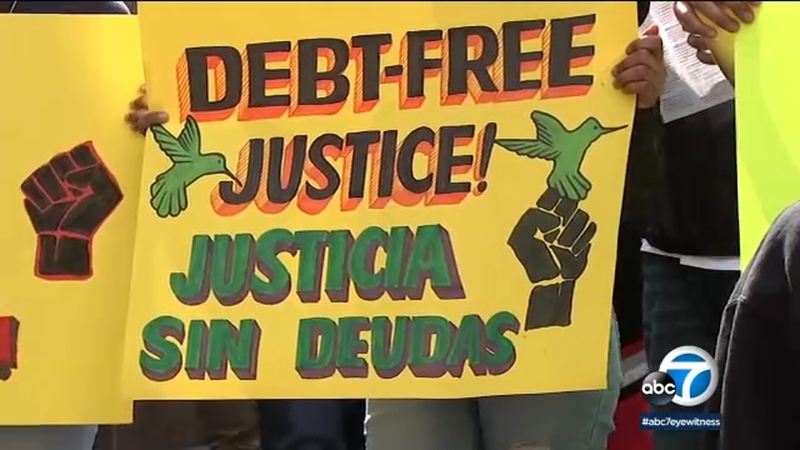 Supervisors Hilda Solis and Sheila Kuehl co-authored a motion recommending an end to all administrative fees the board controls as well as support for Senate Bill 144, which would eliminate many similar state fees.

"The fees ... are not meant to be added punishment but ... can quickly reach thousands of dollars,'' Solis said.

The bill becomes due on release from jail, at a time when individuals may be struggling to find housing and employment and fit back into their community.

"We're almost ... putting a shackle on one foot and letting the other foot be free,'' Solis said.

The board eliminated juvenile detention fees in 2018 and forgave $89 million in related debt. The current action relates to fees incurred by adults in the system.

Kuehl said the change was a long time coming'' and the right thing to do.''

Imposition and collection of fees will end immediately, according to the motion. However, the vote only applies to fees the board has the authority to eliminate.

Many fees are required by state law. Others are controlled by agencies outside of the county's jurisdiction. For example, community service hours imposed by courts in lieu of fees cannot be undone by the board's action.

A legal analysis of which fees are within the county's control has not been made public, but Solis said fees eliminated would include fees related to county jail booking, probation supervision, work furlough, misdemeanor and drug diversion programs, returned checks, emergency medical services, pretrial electronic monitoring and public defender fees.

Advocates for criminal justice reform, many with the Youth Justice Coalition, assembled outside the downtown Kenneth Hahn Hall of Administration before the board meeting to applaud the anticipated change.

"For far too long, an unjust system has tried to fund itself on the backs of those who have been most harmed by it,'' said Donna Harati, director of legal services for Homeboy Industries.

Others shared their own struggles to pay thousands of dollars in fees.

Ana Parra said she had been charged more than $7,000 in fees before she got them waived in return for 10 days of community service. The first day she showed up to fulfill her hours, she was sent home because she wasn't wearing the right kind of shoes.

Probation officers and others don't always understand the obstacles Parra and others face, she said -- like not having enough money to buy another pair of shoes.

"Some ... are single parents, some of us are moms who are always working ... (authorities) don't see the bigger picture here,'' Parra said.

At the end of the news conference, several people ceremoniously burned bits of paper symbolizing their fee-related debts.

Inside the board room, Youth Justice Coalition organizer Kim McGill told the board that people often have to forgo necessities to pay fees.

"No one should have to choose between food and their freedom,'' McGill said.

A December report by county CEO Sachi Hamai found that probation- reported court fees and fines averaged $120 million annually from fiscal year 2014-15 through fiscal year 2018-19. The Probation Department and courts collect less than 20 cents on the dollar, according to the CEO's calculations.

The unpaid debt has grown to $1.8 billion over 50 years. About 20% of that total relates to active cases.

A November report released by criminal justice advocates estimates that two-thirds of probationers in Los Angeles County make less than $20,000 annually and have little ability to pay what they owe.

Hamai's report listed 51 different probation and court fees and fines, ranging from a $10 citation processing fee to a $10,000 court-imposed restitution fine for a felony case.

Fines are typically meant to be punitive, while fees are often intended to cover operational costs or fund related programs.

Opponents of eliminating fees have raised concerns about a lack of funding for criminal justice programs.

The Senate Committee on Appropriations estimated that the state and counties would lose hundreds of millions in annual revenue, leaving some positions unfunded and creating pressure on the general fund. More than $700 million of the $1.7 billion collected by the state is distributed to county and local governments.