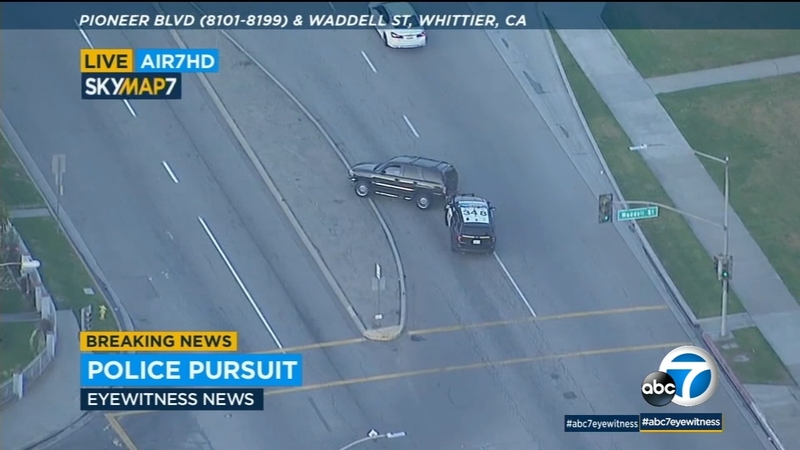 LOS ANGELES (KABC) -- Police detained five assault suspects in an SUV after a lengthy chase over surface streets and freeways throughout the San Gabriel Valley and East Los Angeles area on Sunday.

The suspects were wanted for allegedly pointing a gun at sheriff's deputies in the Pico-Rivera area just before 5 p.m.

After nearly 90 minutes of weaving in-and-out of traffic, running red lights and jumping onto and off freeways, the chase finally came to an end in the Commerce area with all five people in custody.

The incident began with an assault with a knife reported at a cemetery in Whittier.

While deputies were responding to that call, they came across a black SUV. Someone in the SUV pointed a gun at the deputies, and the chase began.

Police detained five assault suspects in an SUV after a lengthy chase over surface streets and freeways throughout the San Gabriel Valley and East Los Angeles area on Sunday.

It was not immediately known if the individuals in the SUV were connected with the reported knife incident.

Sheriff's deputies and then CHP officers followed the suspects by helicopter and ground units as they sped over surface streets, on the 605 Freeway and through residential neighborhoods. The suspects ran red lights, weaved through traffic and made quick lane changes in an effort to avoid capture.

At one point, a CHP unit made a PIT maneuver against the black SUV, bumping its driver side rear corner to spin the vehicle around. But after a brief pause, the SUV continued fleeing in the opposite direction.

Police used a PIT maneuver to try to stop assault suspects in an SUV, but the vehicle spun around and kept going.

There were five people inside the vehicle. At one point, the vehicle slowed in a neighborhood to let one man out, and a few minutes later, it dropped off a man and a woman, then kept going.

The vehicle later got onto the 710 Freeway and then the 10 and continued on surface streets in the East LA area.

The chase lasted close to 90 minutes.

It finally ended as the vehicle stopped at Slauson Avenue and Wellman Street in a residential neighborhood of Commerce and the two remaining suspects jumped out and tried to flee. After a foot pursuit through neighborhoods that lasted several minutes, both suspects were taken into custody. 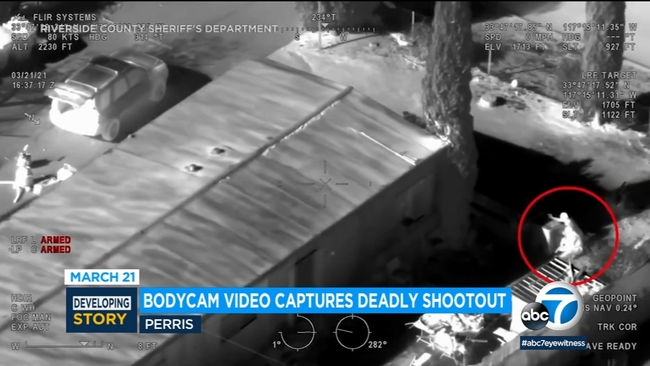