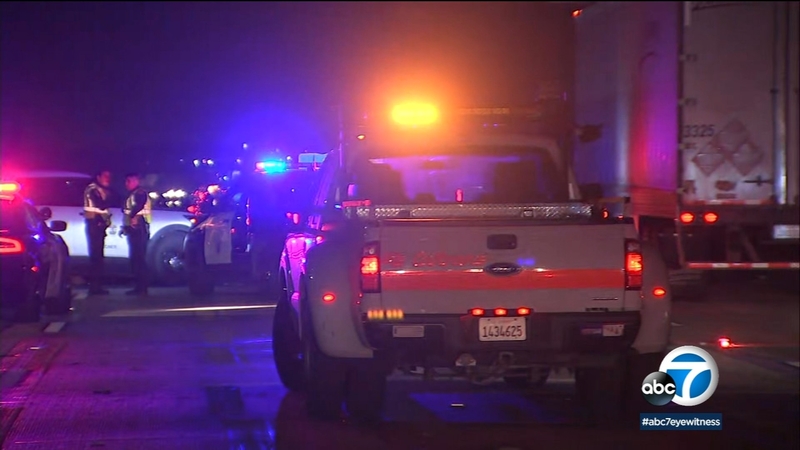 MONTEBELLO, Calif. (KABC) -- An 18-year-old woman was killed in a hit-and-run crash on the westbound 60 Freeway in Montebello Wednesday morning.

The crash happened around 2 a.m. near Markland Avenue, according to the California Highway Patrol. Authorities say it appears the woman got out of the car on the freeway and was possibly walking across the lanes.

When CHP officers arrived at the scene, she had already been struck by another car, which fled the scene.

Authorities also believe three other young people were with the woman who was killed and ran away on foot. There were no signs of alcohol or drugs found in their vehicle.

Meanwhile, the car that struck that woman remains outstanding, but authorities could not provide a description of the vehicle.

Most westbound lanes of the freeway were shut down for a few hours but were reopened just in time for the morning commute.