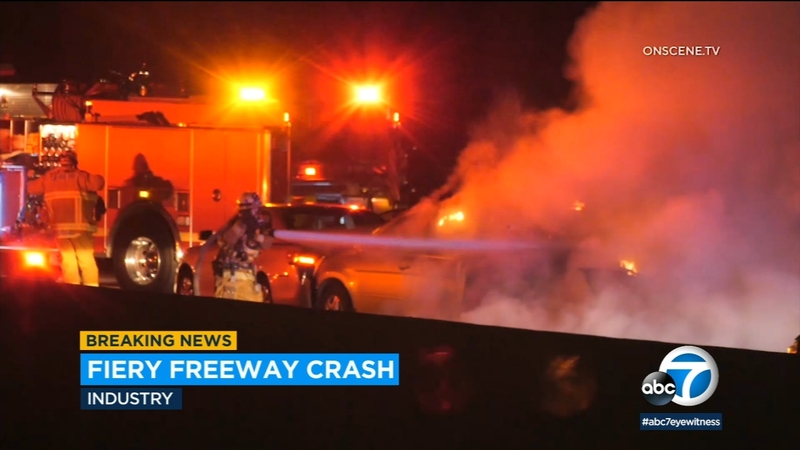 Fatal crash shuts down WB 60 Fwy in City of Industry

CITY OF INDUSTRY, Calif. (KABC) -- A fatal crash involving a hit-and-run suspect shut down all westbound lanes on the 60 Freeway in the City of Industry Thursday evening, authorities said.

The fiery crash involving at least three vehicles happened at about 10 p.m., just east of Crossroads Parkway, according to the California Highway Patrol.

The victim has not been identified. It was not immediately known what caused the crash.

The hit-and-run suspect was taken into custody after fleeing the scene on foot, authorities said.

Footage from AIR7 HD showed a major backup as crews were in the process of clearing the wreckage.

Traffic was being diverted off at Crossroads Parkway.