Pedestrian struck, killed on 60 Freeway in City of Industry 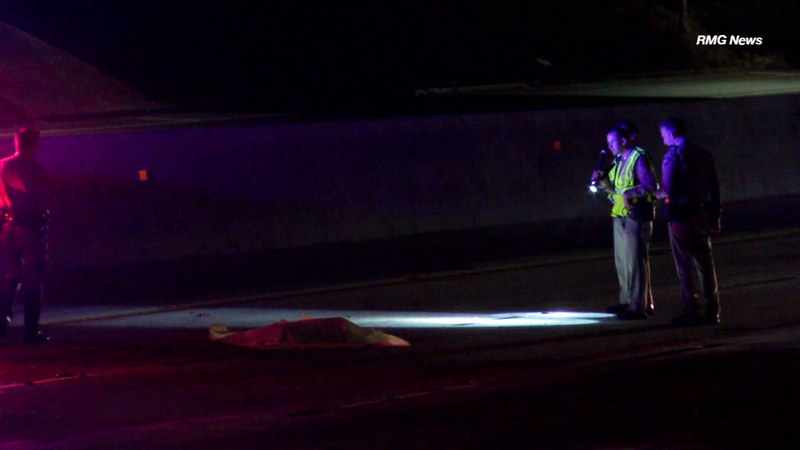 Pedestrian struck, killed on 60 Freeway in City of Industry

CITY OF INDUSTRY, Calif. (KABC) -- An investigation was underway after a pedestrian was struck and killed on the 60 Freeway in the City of Industry early Monday morning.

The unidentified victim was struck by at least two vehicles at about 2:30 a.m. at Azusa Avenue, according to officials from the California Highway Patrol.

The pedestrian was pronounced dead at the scene, and it was unclear whether anyone in the vehicles was injured.

Investigators were looking into what the pedestrian was doing on the freeway when the collision occurred. An investigation into the cause of the crash was ongoing.

The incident prompted an overnight closure of the westbound side of the freeway. All lanes were back open shortly before 5 a.m.