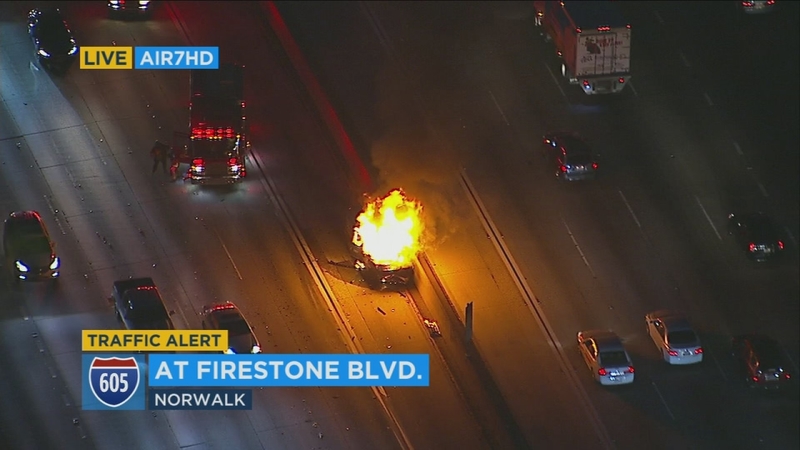 Multiple injuries in crash on 605 Fwy in Norwalk

Norwalk, Calif. (KABC) -- A fiery multi-vehicle crash on Monday morning injured several people and prompted an hourlong closure of all northbound lanes on the 605 Freeway in Norwalk, authorities said.

Three vehicles were involved in the crash, which was reported shortly after 5:30 a.m. near Firestone Boulevard, according to the California Highway Patrol. The number of people injured and their conditions were not immediately known.

Firefighters responded to the scene and extinguished a blaze that engulfed a minivan involved in the collision.

Four lanes were reopened just before 6:30 a.m., but traffic remained snarled from the crash site to the 91 Freeway.

The cause of the incident was unknown.