Football fans, take a sneak peek inside the new SoFi Stadium in Inglewood 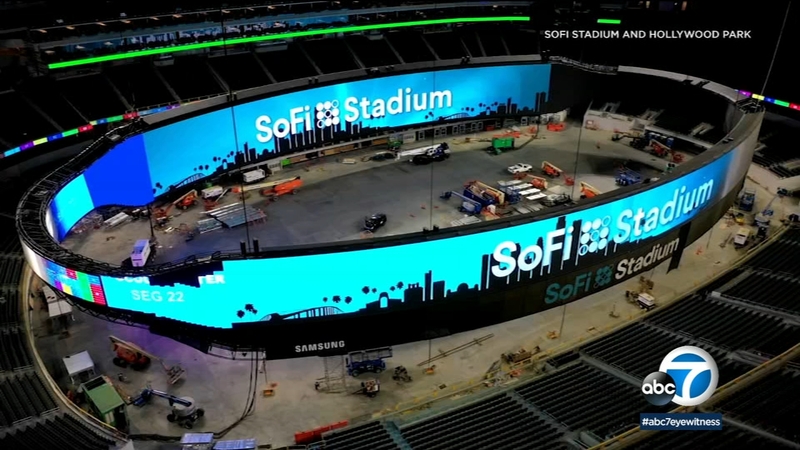 First looks at the new SoFi Stadium in Inglewood

INGLEWOOD, Calif. (KABC) -- We are getting our first look inside the new SoFi Stadium in Inglewood, the new home for the Los Angeles Rams.

Rams chief operating officer Kevin Demoff, who says this is the first NFL stadium ever built in Los Angeles in over 100 years of football being played in Southern California, took Eyewitness News' Karl Schmid on an all-access tour of the new stadium.

Demoff says the new venue is "what people in Los Angeles have waited decades for."

The stadium boasts just over 70,000 fixed seats, with the capacity to fit up to 100,000 people in the venue when you account for spacious platforms throughout it.

Suspended in the center of the stadium is what Demoff calls the largest video board in the world for sports. The board has screens on both sides and was designed to provide optimal views to fans wherever they're sitting in the stadium.

"When the Rams moved here in 1946, you had the Coliseum which had already been built. They then moved to Anaheim Stadium which had been built for the Angels. This is the first stadium built for Rams and designed for Rams fans," he said.