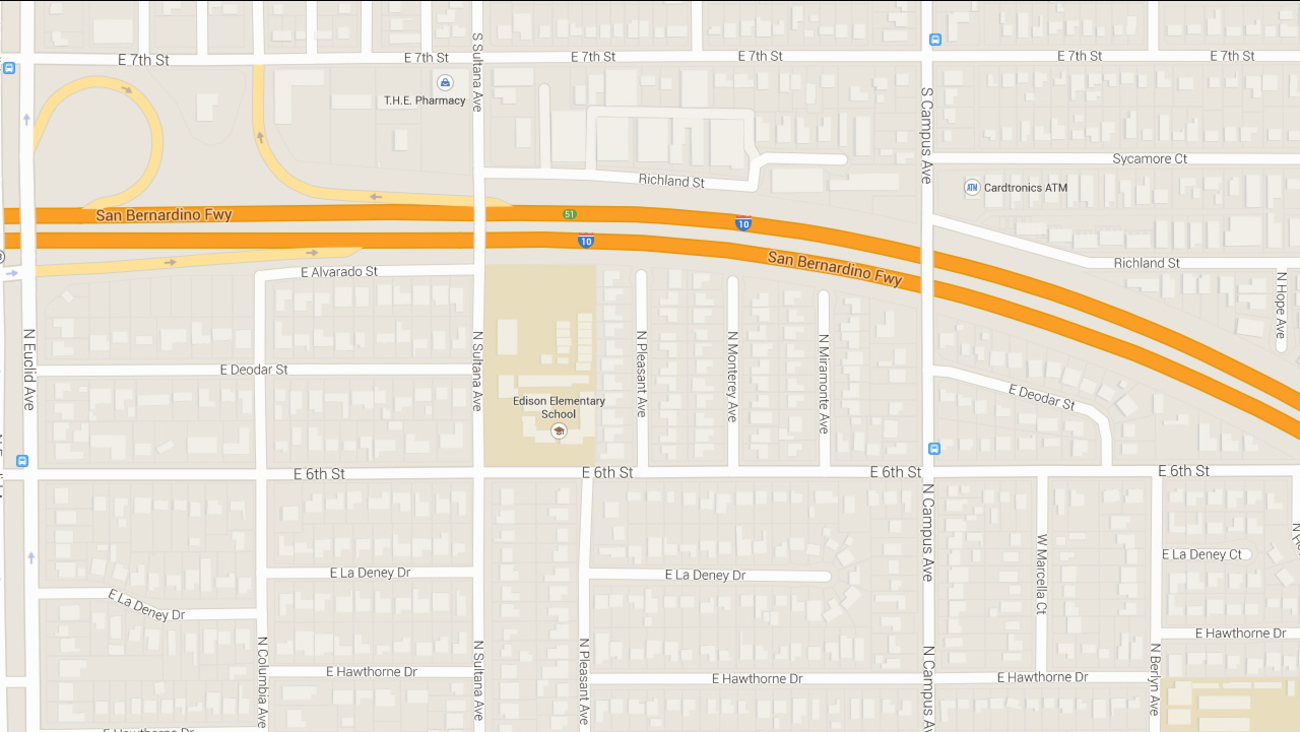 This Google Maps shows the area where an 11-year-old girl fought off an attempted kidnapper in Ontario on Thursday, April 23, 2015. (Google Maps)

ONTARIO, Calif. (KABC) -- An 11-year-old girl screamed and fought off her would-be kidnapper after he grabbed her from behind in Ontario.

The suspect put his arms around the girl and attempted to lift her up from behind shortly after 3 p.m. Thursday on Monterey Avenue, north of Sixth Street, which is about two blocks away from Edison Elementary School. He told her to "be quiet," Ontario police said.

She screamed, managed to break free, then ran home and told a relative about the attempted kidnapping.

The suspect was last seen heading southbound on Monterey Street on foot.

The girl described him as a tall, thin man with short, spiky, strawberry blond hair and a scruffy beard. He was about 18 to 20 years old and wore a gray t-shirt.