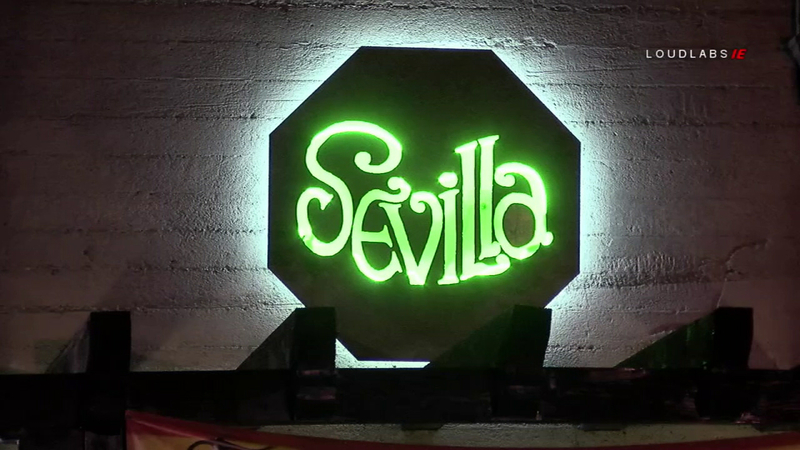 The shooting, which was reported shortly after midnight, occurred within and outside Sevilla Nightclub Riverside in the 3200 block of Mission Inn Avenue, a spokesperson for the Riverside Police Department said.

Two of the gunshot victims were located at the scene and transported to a hospital, the spokesperson said, adding that five others later transported themselves to medical centers. None of their injuries were life-threatening. 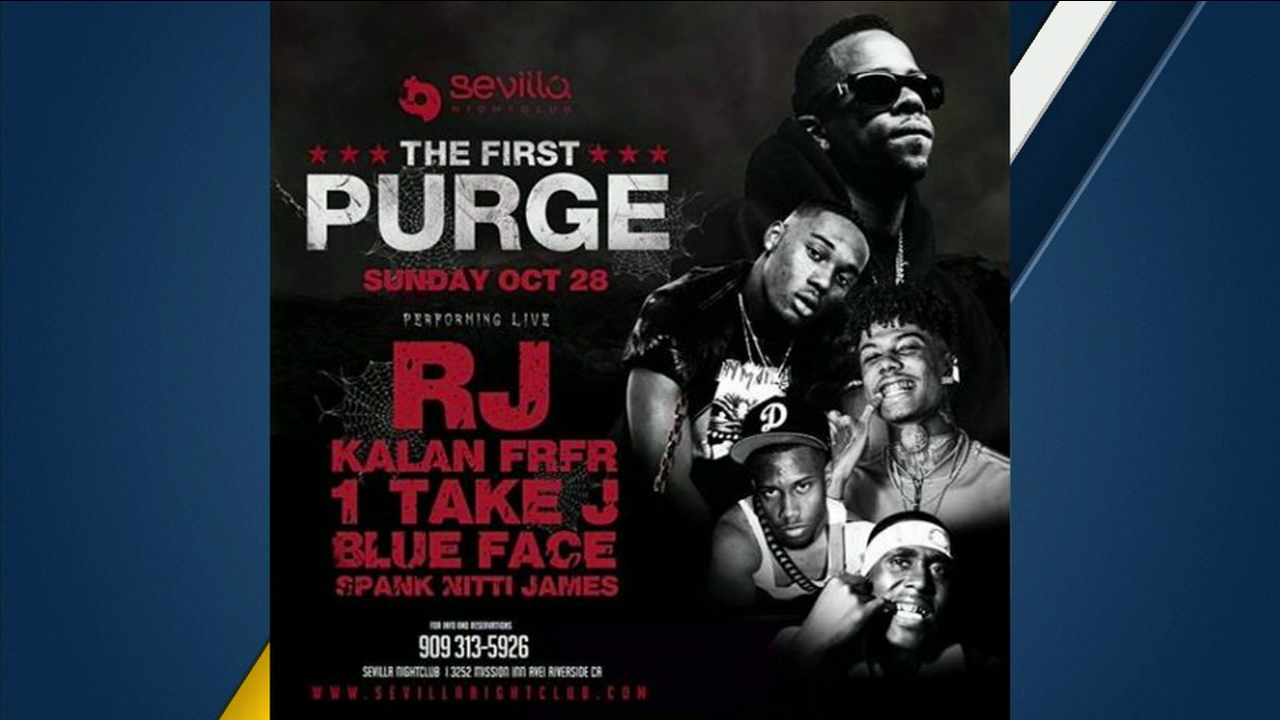 Various hip-hop artists are seen in a promotional image for "The First Purge," an event that was scheduled for Sunday, Oct. 29, 2018 at Sevilla Nightclub Riverside.

No suspect was in custody, and a description of the shooter or shooters was not available.

The motive for the shooting is under investigation.

Authorities said when officers arrived on the scene, several brawls had broken out and officers were forced to intervene.

Police said two separate shootings occurred at the club. One of the shootings took place outside in the parking lot, followed quickly by another shooting inside the club.

Witnesses said they saw the shooter, who was wearing a white mask, open fire. Chaos erupted in the club as the gunfire rang out, witnesses said. Revelers fled, leaving their shoes and personal items as they ran toward the exits.

"When we was coming out to smoke a cigarette, the gunshots had came off, and I'm like, 'Come on best friend, come on," and they came inside and started shooting," one witness, identified as Honey, said. "Everybody was scattering, trying to get out. Trying to get out, and we were stuck for a minute."

There was some initial misinformation describing this incident as a”mass shooting.“ It was not and detectives from our Gang Unit are following up on leads to identity the suspects involved. None of the injuries are considered life-threatening. https://t.co/F2GkrmKkLS