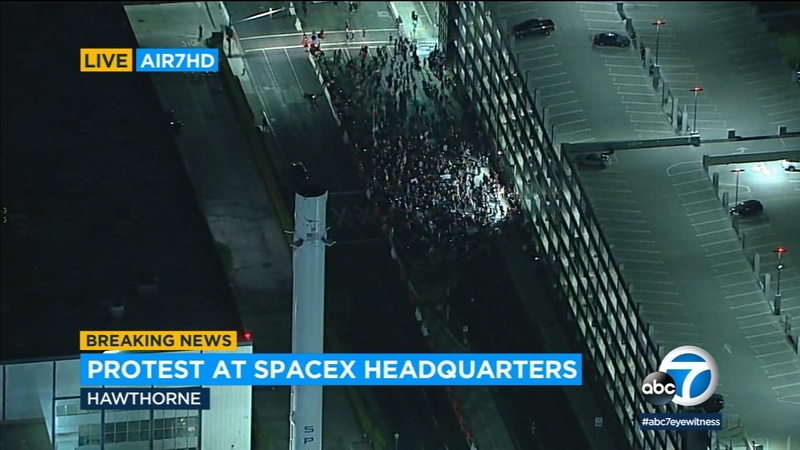 HAWTHORNE, Calif. (KABC) -- Several hundred members of the local Armenian-American community staged a protest at SpaceX headquarters in Hawthorne Thursday night over the company's plans to launch a satellite for the Turkish government.

The aerospace firm plans to launch the Turksat 5A satellite on a Falcon9 rocket from Cape Canaveral, Florida on Nov. 30.

The satellite was built by Airbus Defense and Space and has been described as intended for use in television broadcasting and related communications for Turksat, a state-owned company.

Protesters believe the satellite could be used by the Turkish government for military purposes.

Turkey is currently aiding Azerbaijan in an armed conflict with Armenia involving the Nagorno-Karabakh region. A cease-fire was announced recently, although at least two previous agreements have not lasted long before fighting was renewed.

RELATED: An explanation of the conflict between Armenia and Azerbaijan

The protest was peaceful, with people waving Armenian flags and holding signs on Crenshaw Boulevard in front of SpaceX headquarters.