8-year-old girl saves herself, brother by calling 911 during kidnapping at San Diego-Mexico border 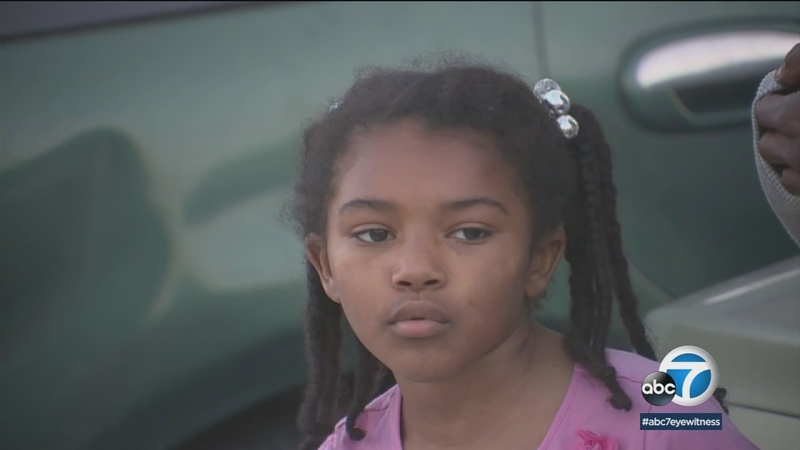 SAN DIEGO, Calif. (KABC) -- A brave 8-year-old girl saved herself and her little brother from a kidnapper by calling 911 while they were inside the vehicle with the suspect.

Video captured near the U.S.-Mexico border in San Diego showed the close call. The 3-year-old boy and his sister were in the backseat of the car as guns were drawn. Authorities then went in and arrested the driver.

"Probably less than two minutes away from actually crossing the border," one witness said.

The situation started outside of a beauty supply warehouse in Lincoln Park. Malaiah and her brother were in the backseat while their father went in to buy some hair supplies. The car and air conditioning were running during the hot Monday afternoon.

Their father was gone less than two minutes when the woman made her move.

"She looked at the car and she saw it running and she saw kids in it. Then she just got in it and drove away," Malaiah said.

Her father, Rodney Cole, said he saw her take off and ran past cars on the streets in an attempt to stop the thief.

"I saw my dad coming out the store and I saw him banging on the window, but she rolled the window up," Malaiah said.

Malaiah knew what to do. Her dad had given her a cellphone in case of an emergency.

"They said, '911, what's your emergency?' And I said, 'Me and my little brother got kidnapped.' She said, 'Can you tell us where you are? What do you see?' I said, 'I see signs that say Mexico border.' She tried to take the phone from me, but then I moved away from her. She said, 'Give me the phone or I'm going to drive in circles and crash into the freeway wall,'" Malaiah said.

Their father was reduced to tears after hearing his daughter recall what happened.

Malaiah said she eventually gave the woman the phone, but by that time authorities knew where they were and made their move.

Authorities have not established a motive in the car theft and kidnapping.