Couple killed in hit-and-run crash on 91 Freeway near Compton; suspect remains on the run

The victim's loved ones hope the couple can be laid to rest together.
KABC
By Jaysha Patel 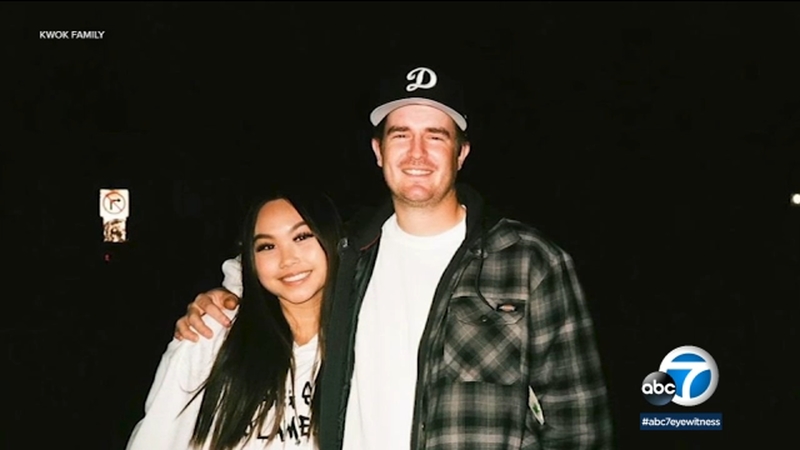 LOS ANGELES (KABC) -- A heartbroken family is searching for answers and peace after a woman was killed in a hit-and-run crash alongside her boyfriend near Compton.

According to family members, 18-year-old Jadelynn Kwok from El Monte and her boyfriend, 24-year-old Michael Fiorillo, were killed over the weekend.

California Highway Patrol said a driver was heading eastbound on the 91 Freeway, west of Acacia Avenue, when the suspect crashed into the car Jadelynn Kwok and Fiorillo were in.

Investigators said the driver was reportedly driving a Honda.

Since then, family and friends have left flowers and candles at the crash site every day.

"Her smile made everybody happy," said Mikaylee Kwok, Jadelynn Kwok's sister. "She was like a sense of home. She's so goofy. She made everybody laugh. Everybody who was around her was always happy. She lit up everybody's world."

She said whoever did this is still out there and should come forward.

"The Honda person just got out of his car, picked up what belonged to his car and took off," she said. "He didn't care to check in on the people. He took off. He took our sister, our best friend, our niece, our nephew."

Jadelynn Kwok's loved ones hope the couple can be laid to rest together.

Meanwhile, the driver involved remains on the run. A description of the suspect was not immediately released.