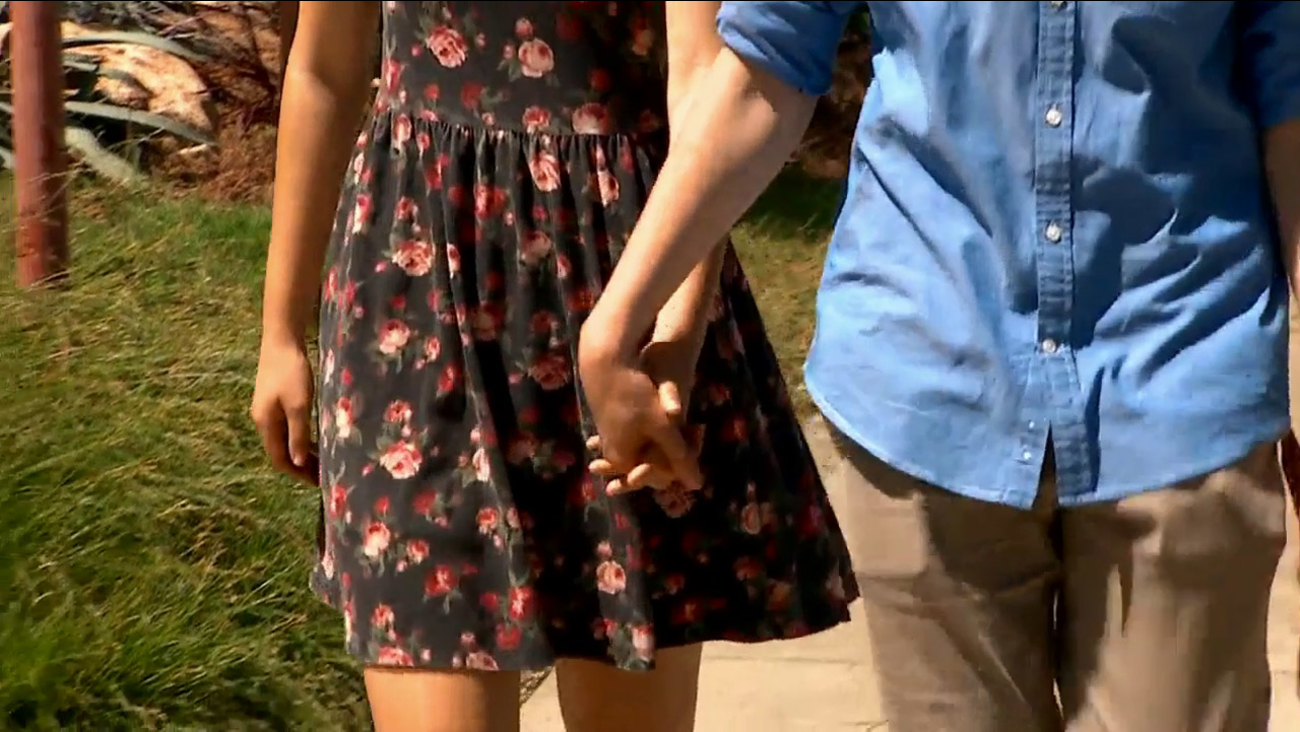 Two teens are shown holding hands while walking through a neighborhood. (KABC)

CLAREMONT, Calif. (KABC) -- Two high school sweethearts from Claremont survived being struck by lightning, and doctors say their survival could be because they held hands.

Dylan Corliss and Lexie Varga were out walking Thursday when they said they were struck by lightning. Dylan was struck first in the back of the head.

"Because we were holding hands it transferred through me into her hands and then into her body and out her foot," he said.

Doctors said because the couple was holding hands it could be a reason they're both alive.

"I believe that holding hands may have helped dissipate some of that electrical voltage," Dr. Stefan T. Reynoso said. "They're definitely lucky to be alive."

After their frightening brush with death, Dylan and Lexie joke that they have a new "electric love."