Brandon Martin was being sought after the bodies of two men were found inside a home in the 1000 block of Winthrop Drive Thursday night.

Martin once had a bright future as a pro baseball player. Now, the 22-year-old is suspected of murdering his 64-year-old father Michael Martin and 62-year-old Barry Swanson, a sub-contractor for ADT Security. Swanson's employer said he was called to the home for security advice.

"An off-duty Corona police officer on his way to work located a similar vehicle that was taken from the scene last night," said Sgt. Paul Mercado with the Corona Police Department.

Authorities said Martin led police on a short pursuit in Swanson's truck, which ended after Corona police attempted two PIT maneuvers to disable the vehicle. That's when Martin ran for it and jumped over a fence.

Nearby Foothill Elementary School was temporary placed on lockdown. Police set up a perimeter and told neighbors to get inside.

"I was very shocked because my garage door was open, and they said he ran inside someone's house, and I'm like oh my gosh!" said Terry Jackson of Corona.

Investigators tracked him to a home where inside a woman was showering. She was not injured. They said Martin tried to escape by jumping out a second-story window.

"He subsequently jumps out of a second-story window into the backyard where we had a police dog waiting for him," said Mercado.

The K-9 did bite Martin as he was apprehended. The suspect was taken to a local hospital for treatment.

Neighbors were in shock over the identity of the suspect. Martin is well-known in Corona sports circles. In 2011, the one-time baseball star was the 38th pick in the Major League draft out of Santiago High School.

"When I actually found out who the kid was, I'm just like oh my God, this kid got signed to the minors," said Jackson. "He was like one of the top sports kids at Santiago. I don't know what the personal problems were that could have caused all this, but very, very shocking."

Friday night, Eyewitness News spoke with Barry Swanson's son. Jeremy Swanson and his family are grief stricken over the death of his father.

"This whole situation, I don't know how to process it that he's actually physically gone because it shouldn't be that way; it really shouldn't," Jeremy said. "I'm so disappointed in the world."

Jeremy recently bought a home in Riverside with a guesthouse so his father could live closer to his grandchildren. Family members said he was going to be retiring soon. Now, the flag outside has been lowered to half-staff.

"He was an amazing man with a heart bigger than anybody," Jeremy said. "Anybody that knows him knew what a man he was. He had a place in his heart for anybody."

Jeremy said his father likely tried to intervene and stop Martin from causing any harm on Thursday.

"I know my dad, and I know that if there's a situation that does not require somebody being stupid, but if there's a situation where he needs to intervene and help, he's not going to turn around and run," Jeremy said. "I guarantee he ran toward that and intervened because he's a good man."
Related topics:
coronariverside countyarrestmurderhomicide investigationhomicideman killedbody found
Copyright © 2021 KABC-TV. All Rights Reserved.
RELATED 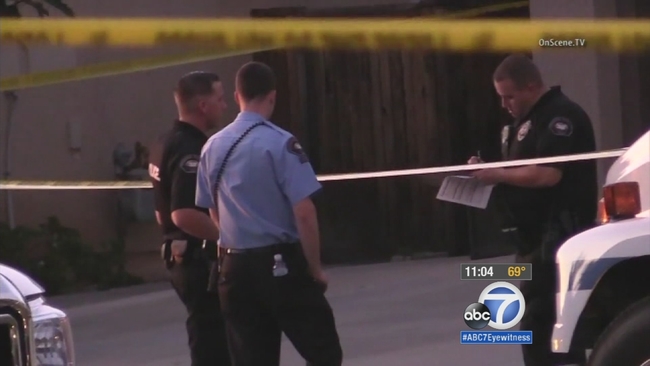