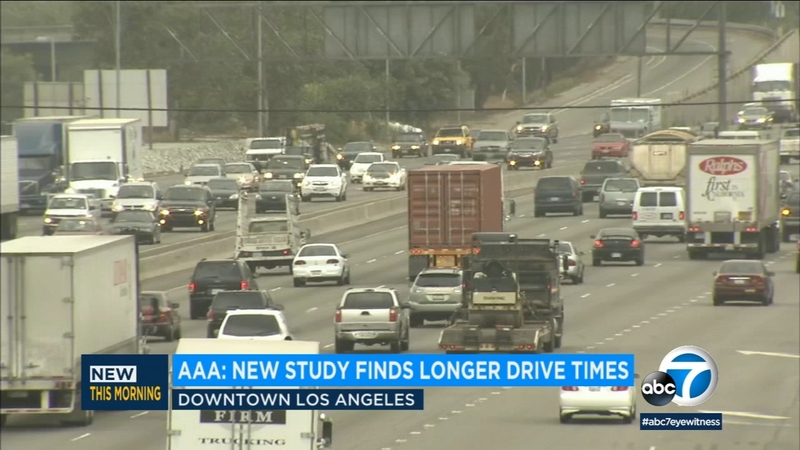 LOS ANGELES (KABC) -- West Coast drivers spend 20 minutes more each week in their car compared to five years ago, according to a new study released by AAA Foundation for Traffic Safety.

The organization released its American Driving Survey, which showed that each week the average driver travels more than 220 miles, and each year drives an average of nearly 11,500 miles.

Drivers on the West Coast, including in California, were found to spend more time behind the wheel.

"The concern with more people spending time in their vehicles and cars and trucks is that could lead to more driver distraction, driver fatigue and also impatience among drivers. So we're really encouraging people to make sure that they're focused only on the road ahead," he said.

Collectively, U.S. drivers spend 70 billion hours behind the wheel, which is up 8 percent from five years ago.

AAA believes this increase is because more people own cars, gas prices are a bit lower compared to five years ago and that aging highway infrastructure contributes to traffic delays.