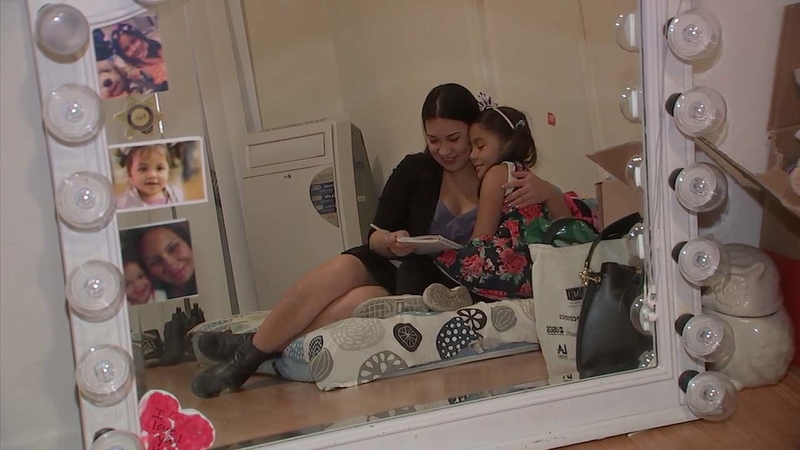 MACARTHUR PARK, LOS ANGELES (KABC) -- Alejandra Celestino is a hard-working single mom who lives in a small apartment with her daughter in L.A.'s MacArthur Park. She was overjoyed when she learned she had been nominated for the "Pay It Forward" prize.

"It's like a dream come true, because I've been working so hard, and as a single mom, I still need help," Celestino said.

In their small studio apartment, there is not much space, no stove or microwave and very little furniture for Celestino and her 7-year-old daughter Kayle -- who both sleep on one mattress.

Sabrina Olivarez of Chino Hills is one of this year's finalists for ABC7's "Pay It Forward" contest, where the grand prize winner will take home a $10,000 worth of Mathis Brothers furniture.

Celestino works two jobs at two libraries to make ends meet. When her co-worker and friend Raquel Borden heard about ABC7's "Pay It Forward" contest, she couldn't think of anyone else more deserving.

Many people have helped Borden in her life, and now, she wants to do the same for Celestino.

"When she called me I was like, 'oh my God, really?' I was like so excited, surprised," Celestino said.