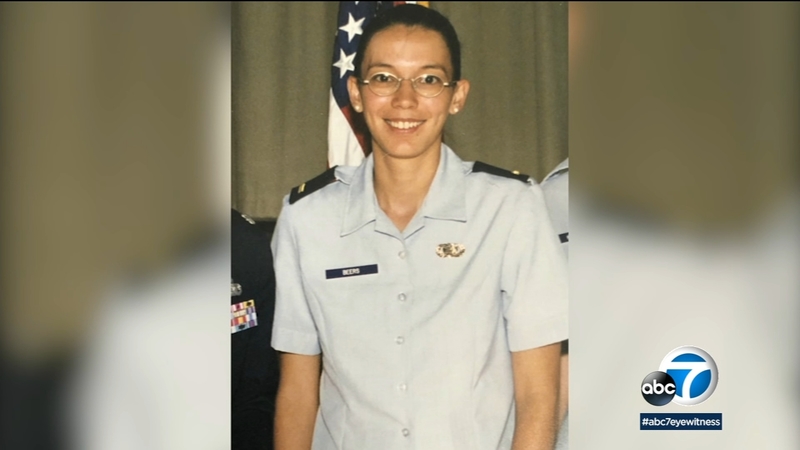 LOS ANGELES (KABC) -- From a young age, Becky Montaño Beers seemed destined to do something big. The first-generation U.S.-born Latina grew up in East Los Angeles with Spanish as her primary language.

She was raised by her mother and grandmother, and learned English by watching '80s American television.

Beers excelled in school and went on to attend the University of Southern California, where she found her true passion after joining ROTC.

"That's really what started it off and I was going to do four years and get out," Beers said.

But that didn't go according to plan. After graduation Beers was commissioned as an Air Force officer.

Climbing the ranks to colonel, she's had various assignments, most recently, as the group commander for the prestigious 61st Air Base Group at Los Angeles Air Force Base.

"I have to remind myself that I'm a colonel," said Beers. "I can't believe that I'm here."

Col. Beers remembers the Air Force lieutenant who initially recruited her so many years ago.

"Just having a female to talk to was pretty cool," said Beers.

While it's a career to be proud of, it's her husband who contacted ABC7 to tell us about her mission to mentor, writing: "Becky is an inspiration to those who may feel like their voice is not heard and reflects what's possible when you work hard for change."

"I think having representation matters," said Beers. "It gives you an opportunity to do something greater than yourself."