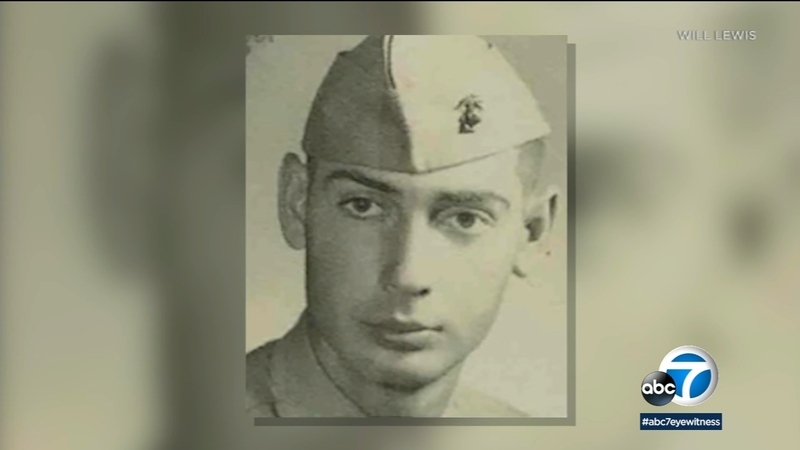 Lewis came close to seeing combat when he volunteered to fight enemy troops who were making gains against American servicemen.

"The master sergeant who was in charge of the area took me aside and he shook me!" remembered Lewis. "He said 'what do you want to do, go out there and get killed? Besides which, I can't train a guy fast enough to replace you!"

Lewis was on scene when President Lyndon Johnson signed the Public Broadcasting Act into law in 1967. It provided federal funds to public television and radio stations.

"He's also been involved with the L.A. Press Club as a volunteer for many years, and served as the president," said Adam Rose of the L.A. Press Club. "You can also call him an educator. Not only has he mentored people in the L.A. journalism community, he's been a professor at several colleges."

Lewis helped raise over $30 million for public radio stations in Los Angeles during his 40-year career. Now he's fundraising for a different cause. He's 89 now, confined to a wheelchair, and his wife is afflicted with Alzheimer's. The bills for caregivers and keeping a roof over their head are piling up. Lewis has set up a GoFundMe page, asking for help.

"Medicare doesn't cover caregivers at home," said Lewis. "So I've gone through two IRAs, and the proceeds from the sale of my house. I don't know where else to go, except to the public and ask for some assistance. I know I'm not the only senior going through this. It's rampant."