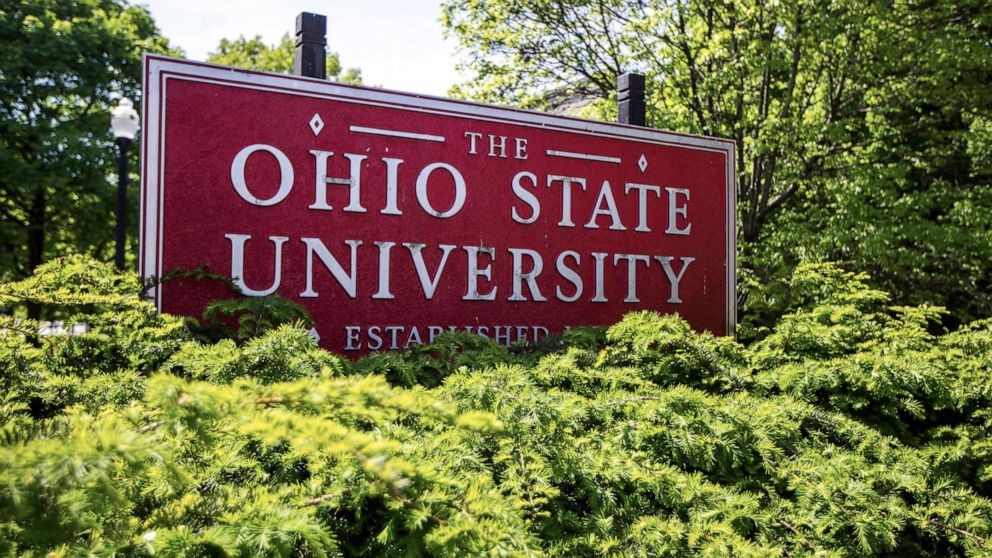 Amir Riep, 21, and Jahsen Wint, 21, are charged with rape with the threat of force, and kidnapping with engaging in sexual activity, both in the first degree.

The incident happened on Feb. 4 and involved a 19-year-old woman, according to Columbus police.

Both players turned themselves in to police Thursday evening and were being held at Franklin County Jail without bond.

OSU announced Wednesday that the players had been dismissed from the team.

"I have dismissed Amir Riep and Jahsen Wint from our football program," Buckeyes head coach Ryan Day said in a statement. "I am not making any statement on the criminal charges, but it is clear they did not live up to our standards and my expectations. The athletics department will make sure they both continue to have access to the health and well-being resources available to students and student-athletes. Due to the ongoing criminal investigation, I will not be commenting further."

The program had initially issued a statement Tuesday saying they were aware of the players' arrests.

"We are aware that two of our students have been arrested and criminally charged," the school said in a statement, according to Columbus ABC affiliate WSYX. "They have been suspended from all activities involving the football program. We will share more information when available."

The players are both redshirt seniors for the Buckeyes' defense. Riep, a cornerback for the team, is from Cincinnati and is majoring in sports industry.

Wint, who played safety, is from Brooklyn, New York, and is majoring in human development and family science.