Peek inside the new Academy Museum of Motion Pictures

The new Academy Museum of Motion Pictures opens its doors to the public on September 30.
OTRC
By George Pennacchio 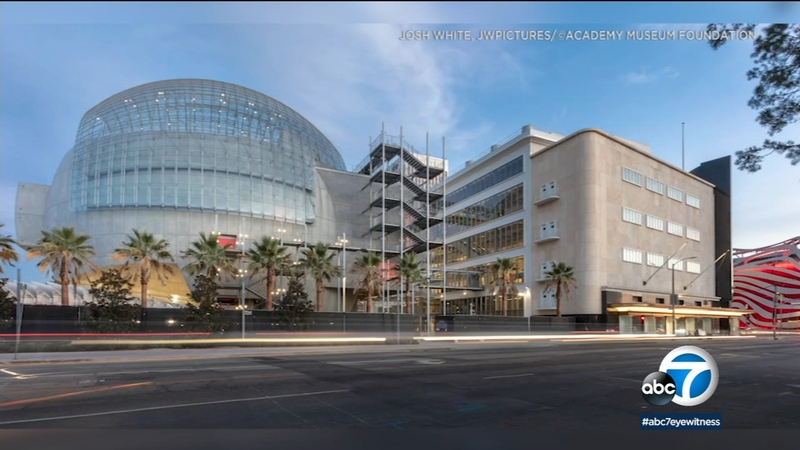 Peek inside the new Academy Museum of Motion Pictures

LOS ANGELES -- We're taking a look inside the new Academy Museum of Motion Pictures, which officially opens its doors to the public on September 30. Here's everything we can expect from this institution dedicated to the movies.

One impressive site is the 1,000-seat state-of-the-art David Geffen Theater. It's one of two theaters in this 300,000 square foot museum that will celebrate cinema's past, present and future.

The Academy Museum will certainly be a place to explore, to enjoy, to marvel and to learn.

"We're talking about the history of cinema in a very diverse, dynamic, accessible way," Bill Kramer, the museum's director and president, said. "There are so many stories and we're telling a lot of them. And we will continue to rotate new stories through our exhibitions."

This museum will also not shy away from controversy. It will address and acknowledge Hollywood's problematic history involving women, stereotypes and lack of diversity.

"We're acknowledging things that many viewers, many fans, have been thinking about for a long time," said Jacqueline Stewart, the museum's Chief Artistic and Programming Officer. "It's really important for us to be a space where people can talk about these issues."

The museum's ultimate goal is to advance the understanding, celebration and preservation of cinema. It will do that with exhibitions pretty much everywhere you look, along with many special collections, programs and initiatives.

"Building a new institution from idea to completion in a little more than ten years is remarkable," Kramer said.

"I'm especially excited for young people to come to this museum and to just get a much bigger sense of what the cinema has been," Stewart added.

While The Academy Museum may be in Los Angeles, a visit inside will take guests on a journey around the world.

"Hayao Miyazaki -- we're thrilled to be opening our temporary exhibition space, 11,000 square feet, with an exhibition devoted to his work," Kramer said.

As for walking through the entire museum, Stewart said it feel monumental and majestic: "It seems to me that it's a building that really matches the ambition and the power of cinema."

There's a reason there's a term called "movie magic." That magic will be on display here, whether it's through technology or some famous ruby slippers.