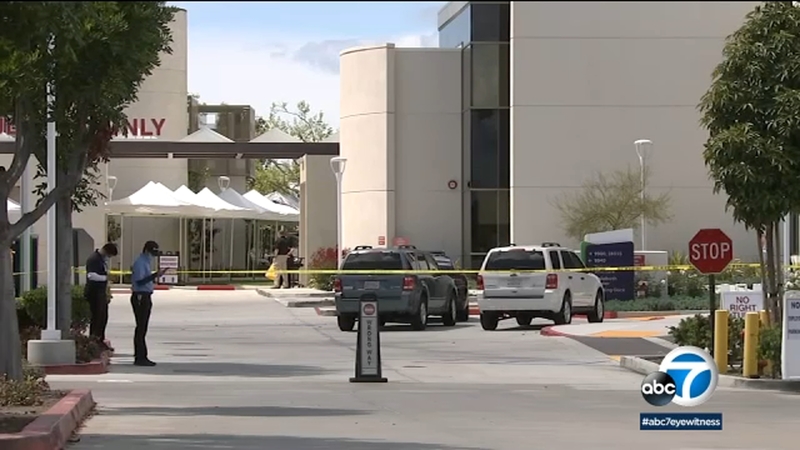 FOUNTAIN VALLEY, Calif. (KABC) -- On top of all the COVID-19 uncertainty, medical staff at a Fountain Valley hospital found themselves in the middle of a possible active shooter situation on Wednesday.

It was just before noon. John Mendez was getting chemotherapy at MemorialCare Orange Coast Medical Center when he was suddenly locked inside his room.

"They locked all the doors, kept us safe," he said.

Outside, Fountain Valley police say 51-year-old Christopher Thomas Ray of Chino shot a flare gun in the air while threatening to shoot up the hospital.

An office assistant works in the neighboring building and saw chaos as she tried to make it to her office.

"A lot of security a lot of police arrivals very, very promptly just running near the emergency department."

Officers say while they were en route, a doctor and nurse subdued the suspect.

The investigation revealed Ray's girlfriend was a patient receiving treatment in the hospital.

Police say a flare gun and pellet gun were found in the suspect's possession, but the suspect never made it into the building.

With that suspect under arrest, officers took evidence from an RV parked in a nearby lot where they say Ray lives.

In a statement, a hospital spokesperson said, in part:

"We notified the police of suspicious activity outside of the hospital today. ... The incident remained outside the hospital and our patients and staff are safe."